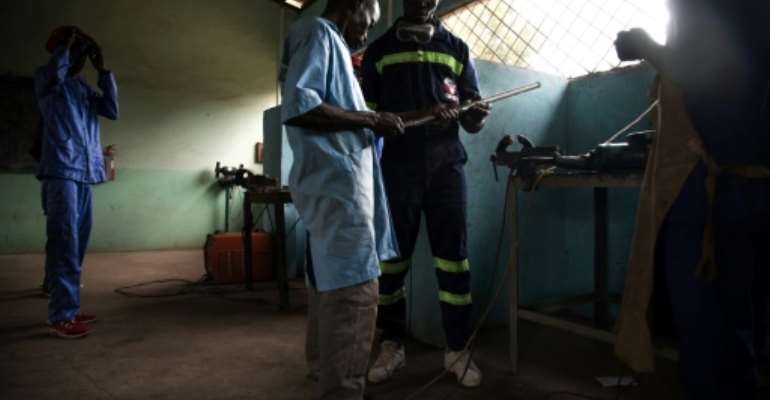 A new life: Former child soldiers learn how to weld at the Don Bosco training centre in Bangui. By FLORENT VERGNES (AFP)

"Now we can sleep safely at night, I want to set up a bakery," said Prisca.

Forced into marriage with a rebel fighter, Prisca -- not her real name -- is one of thousands of former child soldiers in the Central African Republic. 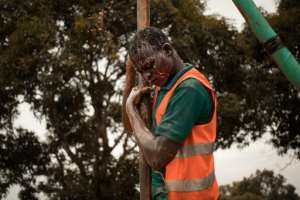 A former child soldier works on drilling a borehole in Bangui, part of a vocational programme for young victims of the Central African Republic's long conflict. By FLORENT VERGNES (AFP)

Today, thanks to a retraining programme, she and other youngsters are gaining skills that are giving them the chance of a fresh start.

In the CAR capital Bangui, hundreds have enrolled in courses in cooking, carpentry, cabinet-making and other professions. 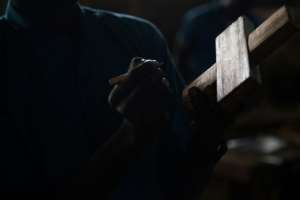 A former child soldier on a carpentry course draws a cutout on a piece of wood. By FLORENT VERGNES (AFP)

The teenagers witnessed first-hand the latest round of bloodletting which erupted in 2013 in one of the world's poorest and most troubled countries.

Some were members of the Seleka rebel coalition which stormed into the capital Bangui and toppled then president Francois Bozize, launching the country's second civil war. 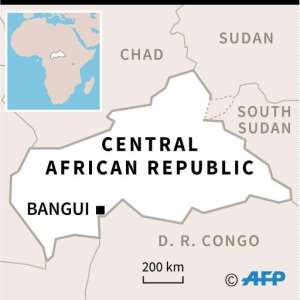 The Central African Republic is ranked next to last on the UN's 2018 Human Development Index. Life expectancy is just 52.9 years.. By (AFP)

Others belonged to the so-called anti-balaka militias set up to fight the Seleka.

Eric is a shy 16-year-old who has witnessed unimaginable horrors.

"When the rebels killed my parents, I joined them," he said, adding that he was 11 at the time.

"The things I've seen there were not meant for someone my age."

He has just finished a course in tailoring. 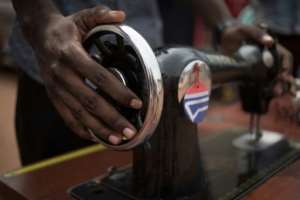 A former child soldier receives a sewing machine to help set up a business after finishing training as a tailor. By FLORENT VERGNES (AFP)

"Now I can make something with my hands," he said, proudly gripping his sewing machine.

The United Nations launched a demobilisation programme in 2015 and it says more than 13,000 former child fighters have since quit armed groups to start new lives. 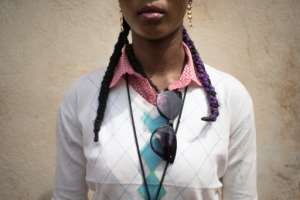 Former child soldier Prisca - not her real name - has retrained as a baker. By FLORENT VERGNES (AFP)

The situation has improved for children in Bangui, but more than two-thirds of the country remains under the control of armed groups who continue to recruit child fighters.

The long conflict has forced nearly a quarter of the country's 4.7 million people to flee their homes.

The UN estimates that two-thirds of the population depends on humanitarian aid to survive.

Avoid greed, dishonesty and hypocrisy in galamsey fight – As...
12 minutes ago