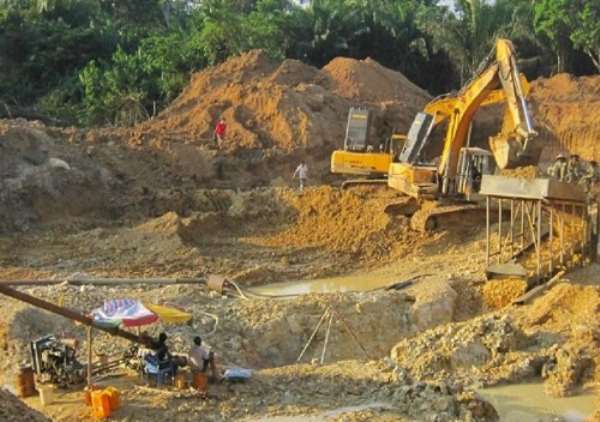 Large-Scale mining companies in Ghana will soon lose their assets to the state after the Supreme Court’s reasons for confiscating the Exton Cubic’s mining lease are published. Lots of the mining companies in Ghana are operating without parliamentary ratification but the government has not taken any action against them as it happened to the Ghanaian-owned Exton Cubic. This selective justice should not be entertained after the company has spent about US$ 50 million on the project.

Today, Tuesday January 14, 2020, the 5-2 majority decision at the Supreme Court presided over by the Chief Justice, who was recently appointed by the president, insisted on the Exton Cubic mining lease confiscation but the panel did not publish the reasons. The NPP government under the leadership of H. E. Nana Akufo Addo dragged the mining company to the apex court for failing to acquire its parliament approval of its mining lease for the Nyinahin bauxite concession.

Meanwhile, lots of mining companies in Ghana are operating without parliamentary approval. This ruling by the court has placed the foreign large-scale mining companies into a high political risk because same reasons will soon be applied to confiscate their leases and assets in Ghana, as the apex court’s decision will be used as a reference to rule against them, should any bold and concerned citizen drags all these mining companies to the same court.

A mining engineer residing in Denver, Colorado, USA, Solomon Owusu has vowed to play a leading role in the lawsuit against these mining companies and also use every legal means possible to fight against the Chinese Sinohydro company after the reasons from the court are published. A gentleman called David Addo has already initiated a lawsuit against some of the mining companies at the Accra High Court. Solomon has highly recommended that Exton Cubic company fights this case at the International Arbitration Court to seek redress.

The outspoken mining engineer and the small-scale mining untiring advocate has admonished the large-scale mining companies in Ghana to stop all planned continuous investments until they face the Supreme Court for operating without acquiring parliamentary ratification. It is highly possible that they will lose their assets in Ghana due to the wrongful actions taken by this NPP government. According to him, the youth of the country will not sit unconcerned for this government to continuously collapse Ghanaian-owned businesses and allow foreigners to succeed.