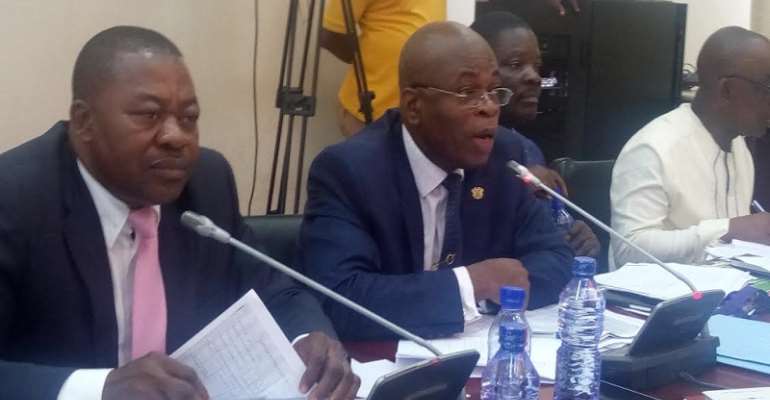 The Public Accounts Committee drove away officials of the Weija Gbawe Municipal Assembly for appearing before the committee without their Municipal Chief Executive (MCE).

According to the officials, their MCE, Patrick Kumor has been invited to the Presidency; a situation that caused his absence at the committee to respond to infractions cited in the 2015 and 2016 Auditor General's Report.

Chairman of Committee, James Klutse Avedzi instructed the officials to leave the committee and return with their MCE.

“He wants to dodge this committee; he doesn't want to come here and appear before the committee and appear on TV so he decided to hide behind that [Results] fair. This work is part of the Results Fair–we have given you money, tell us how you spent the money before you go to the Results Fair to showcase what you have done,” he said.

Some eight Metropolitan, Municipal and District Assemblies have been ordered to appear before the committee as soon as possible or face sanctions.

“Let me mention the names of the districts again; Shai Osudoku, La Dadekotopon, Ada West, La Nkwantanang, Ada East, Adenta, Accra Metro and Ga East. They are supposed to come here. So, we are going to continue with the three districts that I have mentioned”.

The Public Accounts Committee hearing was cancelled on Monday, 13th January 2020 when all Assemblies in the Central Region cited in both the 2015 and 2016 reports of the Auditor-General on the management and utilisation of the District and Municipal Assemblies Common Fund and other statutory funds, who were supposed to appear before the Committee failed to confirm their appearance.

This is according to James Avedzi, Chairman of the PAC.

James Avedzi said the Assemblies from the Central region will be rescheduled to appear before the Committee on Tuesday, 21st January 2020.

Also, the PAC will on Monday, 20th January 2020 consider the report of the Auditor-General on the Public Accounts of Ghana on Polytechnics (now Technical Universities) for the period ended 31st December 2016 which will cover the Ho, Accra, Koforidua, Takoradi and Cape Coast Technical Universities.