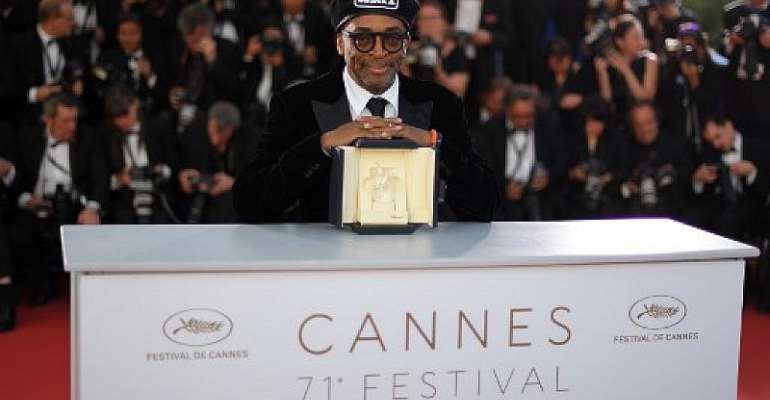 American director Spike Lee has been named to head the 2020 Cannes film festival jury, becoming the first black person to do so in the history of the world's biggest film festival.

Lee is no stranger to Cannes - seven of his movies have debuted on the silver screen on the French Riviera. His first film, “She's Gotta Have It”, a now-iconic feature portraying black female empowerment, won the youth prize at Directors' Fortnight in 1986.

Lee said in a statement he was “shocked, happy, surprised and proud all at the same time,” especially as the festival has meant a lot to him in his career, he said.

“You can easily say Cannes changed the trajectory of who I became in world cinema,” said the 62-year-old director.

Lee is renowned for putting the black American experience on the screen for general audiences. His hits include “Malcolm X”, a biopic on the controversial black Muslim human rights activist who was assassinated in 1965.

Another big hit includes “Do the Right Thing”, that takes place in 24 hours in a Brooklyn neighbourhood, where racial tensions coincide with the hottest day of the year.

His jury president position comes at a time when other top cinema festivals have been criticised for lack of racial diversity. The BAFTAs, the British Academy of Film and Television Arts, did not nominate one person of color earlier this month in the top four acting awards.

Cynthia Erivo, a black English actress who was skipped over for her performance in “Harriet”, a biopic about American abolitionist Harriet Tubman, was asked to perform “Stand Up”, the song from the film at the BAFTA awards ceremony.

“It felt like it was calling on me as an entertainer as opposed to a person who was a part of the world of film, and I think that it's important to make it known that it's not something you throw in as a party trick, you know?” she confirmed to Extra TV via People magazine.

Erivo was nominated by the Screen Actors Guild and the Golden Globe awards for her role in the movie and for the song.

The controversy sparked a social media hashtag #Baftassowhite, after the #Oscarssowhite hashtag in 2015 that pointed out that there were only caucasian nominees for the US Academy Awards.

A personality sure to shake things up
"Spike Lee's perspective is more valuable than ever," festival director Thierry Fremaux said.

"Cannes is a natural homeland and a global sounding board for those who awaken minds and question our stances and fixed ideas. Lee's flamboyant personality is sure to shake things up," he added.

Lee's latest film, “Black KKKlansman” a true story about a black detective who acts white to infiltrate a white supremacist group in the 1970s, was shown at Cannes two years ago, where it won the Grand Prix.

Lee, with his jury, the members of which will be announced in April, will present the top film award, the Palme d'Or, at the close of the competition, on 23 May.