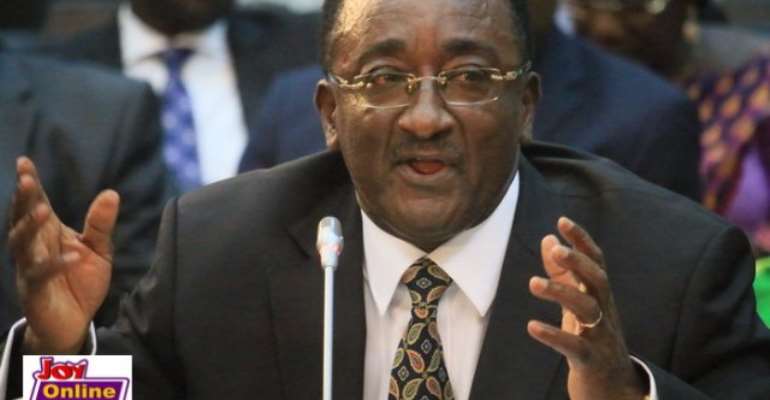 The agric sector recorded over 200,000 metric tons of soya in the past year, Agric Minister, Dr. Owusu Afriyie Akoto, has revealed.

Dr. Akoto said the development came about as a result of government’s decision to reduce importation of soya while providing feed for poultry in the country.

“With the component of soya, it means that the cost of feed from poultry, which makes some 70 to 80 percent of the cost of producing 1kg of chicken, will fall,” he said.

Ghana Poultry Farmers Association appealed to government to subsidise the cost of feed in the country.

The association explained that this will enable them provide more feed for the birds while increasing poultry products for the market.

Government, however, as part of its flagship “Planting for Export and Rural Development”, embarked on a huge increase in soya production to substitute imported poultry feed into the country.

“And of course we’ll have good quality fresh chicken compared to those dead chicken which have been in the freezers for eight, ten years, pumped with antibiotics and water,” he said.

The Agric Minister stated that this will improve the health of Ghanaians and also “save foreign exchange instead of giving it out to the poultry farmers in America, Brazil, and other places.”

He further said it will save the country revenue while allowing for development of infrastructure in the country, “ by building schools, hospitals, constructing roads, etc.” he said.

Dr. Akoto also revealed that the Agric Ministry in the past year was able to export 130,000 metric tons of 19 food items to neighboring countries as far as “Mali, Guinea, northern Nigeria, Cote D’Ivoire, Togo and the others.”

He added that government is committed to reducing imports while increasing exports.

This he assured, “will significantly decrease prices of foodstuffs and impact inflation positively.”