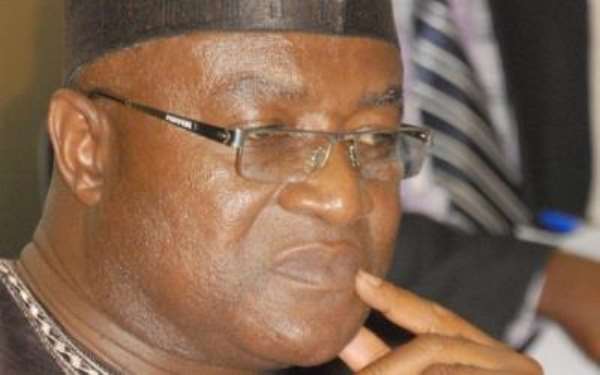 The Minister responsible for Parliamentary Affairs, Osei Kyei Mensah- Bonsu said before then the Minority in Parliament were in support of the new voters' register.

So he is shocked the NDC has made a sudden U-turn with a strong campaign against the Electoral Commission decision to compile a new voters' register ahead of the 2020 elections.

According to him, the National Democratic Congress (NDC) is deliberately sabotaging and frustrating the work of the Electoral Commission (EC).

"I’m very surprised the NDC and other members of the opposition are raising red flag with EC’s to compile a new register,we had a meeting in Parliament in which members of the minority agreed with EC’s decision to conduct a new register so am shocked with the sudden u-turn,” Osei Kyei Mensah- Bonsu exclusively told Lawyer Ohene Gyan on ‘Pae Mu Ka’ on Accra-based Kingdom FM 107.7.

He continued, “some parties have made it a business to continuously attack the Electoral Commission for reasons I can’t understand. I don't understand why they always do this, they did the same against the Referendum, new voters register will help in ensuring we have free and fair elections.”

The Majority Leader in Ghana’s Parliament has called on NDC and other political parties to give the Electoral Commission space to conduct the 2020 elections in peace.

For a country that has successfully conducted several elections, the Suame Member of Parliament said, “I believe we are going to vote in peace and whoever emerges as president will do so through a transparent and fair process.”