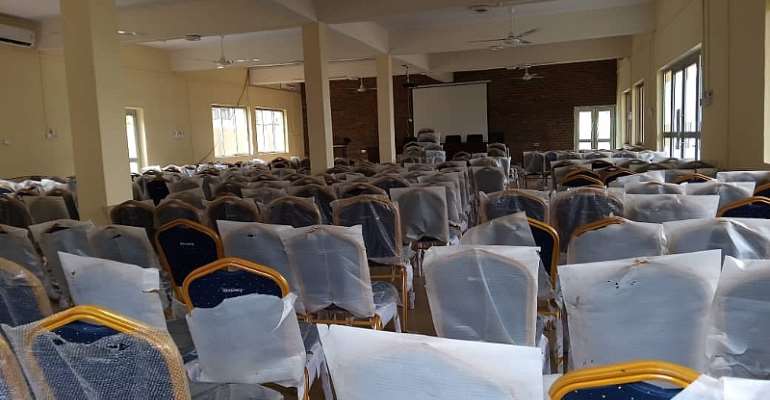 Sources close to the State Criminal Investigation Department, Panti, Yaba, have disclosed that the Department is set to commission a 300-seater ultra-modern lecture theatre with office spaces for officers.

According to the source, he said the SCID had recently completed the lecture theatre and office complex project which started from the scratch in July 2019 mainly for the purpose of training and retraining of Police Personnel

The source hinted that the building will be commissioned tentatively on 30th of January 2019 by the Lagos state Commissioner of Police, CP Hakeem Odumosu.

Recall that around July 2019 the SCID commissioned an ultramodern statement taking and interview room under the supervision of the Deputy Commissioner of Police and Officer-in-Charge of the SCID, DCP Yetunde Longe

Sources close to the Lagos State Criminal Intelligence Investigation Department (SCIID) of the Nigeria Police Force have disclosed that for 2020, the department will intensify training and re-training of Police officers in-line with the Inspector General of Police, IGP Mohammed Adamu policies.

According to a source at the SCIID, the department had completed a 300-capacity building with over ten offices and toilet facilities to facilitate the training of police personnel.

"We have quite a number of personnel to add value to and make them more productive that is why the building was erected.

"It boasts of a projector for lectures, air conditioners and a generator for constant supply of power," the source said.

According to the source, the building would be commissioned by the end of January by the Lagos Commissioner of Police, CP Hakeem Odumosu.

The source said that senior police officers from the Command as well as donors who are the major stakeholders would also be attending the commissioning of the building.

"Basically, the building which started construction in July, 2019 has been duly completed.

We gathered that one-storey building has a huge hall filled with brand new chairs while each of the rooms at the top floor has in it inbuilt toilets with several toilets for convenience purposes.