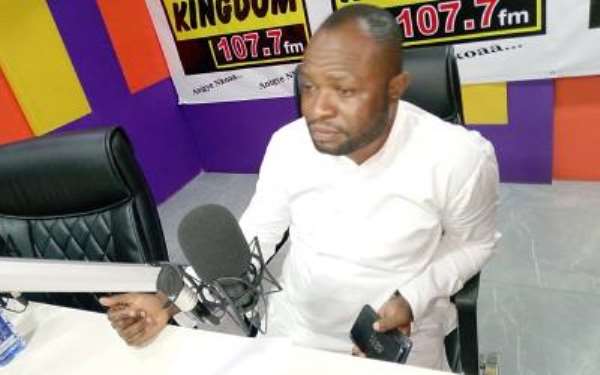 The Member of Parliament (MP) for Manhyia North, Collins Owusu Amankwah has lauded President Akufo-Addo for fixing deplorable roads in his constituency.

According to him, before president Akufo-Addo took office in 2017 all the roads in his community were in a deplorable state but through the hard work, all roads in his constituents are in a good state now.

"I want to take this opportunity to praise Akufo-Addo for fixing all roads within the Manhyia North constituency and am very optimistic the President will fulfill all his promises before the 2020 general elections," Collins Owusu Amankwah exclusively told Lawyer Ohene Gyan on ‘Pae Mu Ka’ on Kumasi-based Kingdom FM 100.1.

Other road works undertaken in the region since 2017 include asphalt overlay of 70km of a planned 200km of roads within Kumasi, expected to be completed in 2020; minor upgrading and rehabilitation of 24km of roads completed within Ejisu, Juaben, Ayigya and Effiduase.

Various contracts for the rehabilitation and upgrading of roads in Buokrom, Kwadaso, Antoa, Effiduase and Ejisu are ongoing. Road works are also ongoing in Bekwai and Mampong.