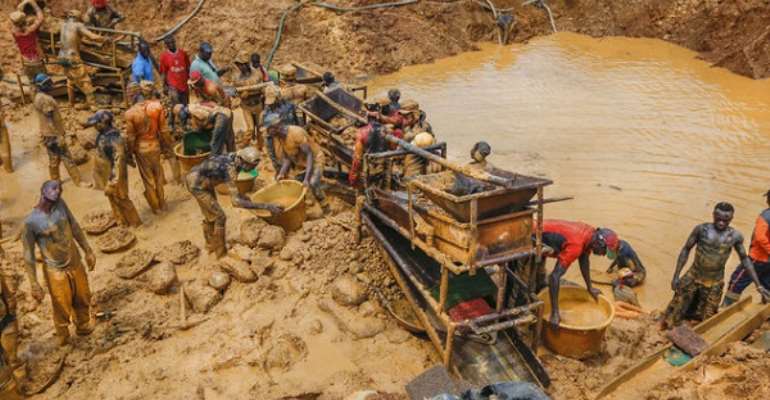 Reliable information has revealed that one Nana Yaw, is impersonating as the Head of the Inter-Ministerial Committee on Illegal Mining (IMCIM).

According to a source, the above-mentioned individual has illegally formed a team disguising itself as the IMCIM instituted by the government to fight illegal mining.

The impersonator (Nana Yaw) and his team, who have been moving from one mining site to the other to harass illegal miners, extort huge sums of money. Checks conducted have proved that the impersonator and his team have not been assigned to play any role within the constitutionally mandated IMCIM.

The IMCIM, despite chalking numerous successes under its Head, Professor Frimpong Boateng and the head of monitoring and evaluation task force, Staff Sergeant Assibi Abu since its inception by the President, Nana Akufo-Addo, has been hit with impersonators whom per their activities, is undermining the hard work of the IMCIM.

Report also has it that, the suspect [Nana Yaw], is alleging that he has been given a mandate by Professor Frimpong Boateng, Minister for Environment, Science, Technology, and Innovation. This has been found to be null and void and the public is being urged to treat it such.

The plan by Nana Yaw per our reliable sources is to defame the secretary to the inter-ministerial committee on illegal mining, Mr. Charles Bissue because some NPP kingpins within the Nana Addo Dankwa Akufo Addo's government have clicked to tarnish the image of Mr. Charles Bissue.

Again, fake Facebook accounts have been created in the name of Mr. Charles Bissue with the intention of extorting monies from illegal miners whose mining equipment have been impounded by the committee which the secretary to the IMCIM has no idea of whatsoever.

Also, the self-acclaimed Presidential Staffer is a civilian and does not know anything about security operations, but has managed to issue letters with letter-heads from the Presidency which is used to procure visas for his clients.

The accused team is blamed for sabotaging the operations of the IMCIM that is; seizing and arresting galamseyers in the name of the mandated committee.

The impersonators, if care is not taken, may do the worst things that could affect the Committee’s operations and the country at large.

The illegal activities of the team have, however, raised alarm with the management of the team yet to make any arrest as far as their operation is concerned, but has appealed to the public to offer information that can lead to their whereabouts.

The inter-ministerial committee on illegal mining since its formation has been successful in clamping down on activities of illegal miners and has been hailed by traditional rulers, Civil Society Organizations, as well as the international communities.