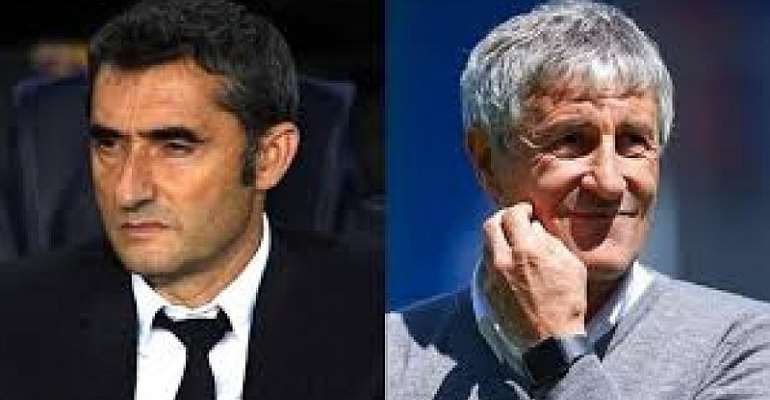 Quique Setien faces his first test as the new Barcelona coach on Tuesday when he meets the football press. The 61-year-old was appointed as first team coach until July 2022 on Monday night following the dismissal of Ernesto Valverde.

Despite leading the side to successive Spanish titles and a Copa del Rey, he had not made a mark in the Uefa Champions League and was sacked following a board meeting.

"FC Barcelona and Ernesto Valverde have reached an agreement to terminate the contract that united both parties," said a club statement

Valverde is the first coach the club has sacked mid-season since Louis van Gaal in 2003.

Change
His departure became imminent once Barcelona executives were found to be touting the post to former players such as Xavi Hernandez and Ronald Koeman.

Setien, a former player at Atletico Madrid and Racing Santander, has made no secret of his admiration for the stylistic traditions of Barcelona. He was highlighted as a potential coach during a particularly successful period in charge of Real Betis.

"Setien is one of the most experienced coaches in Spanish football," a club statement said. "Throughout his career he has been a proponent of possession based, attacking football that has been attractive to the fans."

His capabilities will be on show on Sunday in La Liga when the pacesetters host 10th placed Granada.