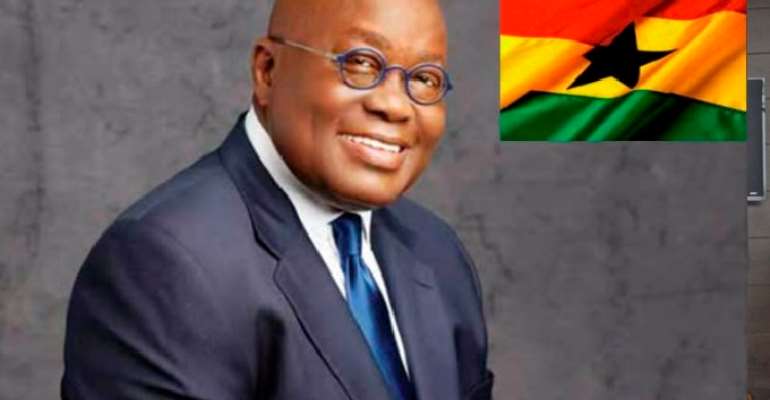 Just 11 months to the 2020 Presidential election, President Akufo-Addo has for the third consecutive time been tipped to retain power in 2020.

The latest prediction was made by the influential London-based Pan African Magazine, Africa Confidential, and is consistent with two earlier predictions.

However, the magazine predicted that the governing New Patriotic Party (NPP) may not have a landslide victory as was recorded in 2016.

“Eleven months ahead of the national elections, the best guess is that President Nana Addo Akufo- Addo will win more narrowly than he did in 2016 and his New Patriotic Party's (NPP) parliamentary majority will be cut,” it said.

The Pan-African Magazine's prediction is consistent with those of the Economist Intelligence Unit (EIU) and the Afrobarometer survey by the Ghana Center for Democratic Development (CDD-Ghana) released in 2019.

In September 2019, the EIU did forecast that former President John Mahama, who is leading the opposition National Democratic Congress (NDC) into the 2020 elections, would suffer another electoral defeat because most electorate associate him with the economic mess Ghana experienced during his tenure.

The EIU reported at the time that “it will be difficult for the NDC under Mr. Mahama to portray itself as the better custodian of Ghana's economy, especially as the country's growth outlook is fairly strong. We, therefore, expect Mr. Akufo-Addo and the NPP to secure re-election in 2020.”

The Afrobarometer report by the Ghana Center for Democratic Development (CDD), however, indicated that even though President Akufo-Addo would win again in 2020, there are four out of 10 Ghanaians who are unsure of voting for any political party in the upcoming election.

The report showed that the percentage of indecisive voters has been the highest since 2008.

The Afrobarometer report also revealed that as NPP is dropping points, NDC has been unable to pick up new points, meaning it has not done much to make itself attractive to voters since losing miserably in December 2016.

The latest Africa Confidential Magazine report painted a similar picture of the NDC come 2020, saying “the odds favour the incumbent in this year's presidential elections – a return match of 2016 – but by a much-reduced margin.”

It noted that the NDC candidate is suffering from credibility crisis in his management of the economy.

It recounted that “in 2016, Akufo-Addo prevailed over then President John Dramani Mahama of the National Democratic Congress (NDC) by over a million votes (AC Vol 59 No 23 & Vol 57 No 25).”

It added that “then, as now, the core issues were the strength of the economy, fighting corruption and keeping Ghana secure in an increasingly dangerous region.”

According to the report, “the NDC is beginning to mobilise in urban areas, demonstrating against the Electoral Commission's plans for a new electoral register.”

It says “although it has a few star performers in Parliament, the NDC is struggling to land punches on the NPP, even when it has a clear issue to campaign on – such as the cancelled electricity privatisation contract (AC Vol. 60 No 21).”

Historically, it noted, the NDC's strength had been its local organisation and regional spread.

“But the NPP has been boosting its organization in NDC strongholds over the past three years, so much so that civil society groups are warning about the risk of pre-election violence,” it added.

“As a matter of national pride, the government has made much of its April 2019 exit from the IMF Extended Credit Facility programme, having for the most part met the required fiscal targets,” the report noted.

The John Mahama administration, after running the economy aground after the 2012 elections, dashed to the IMF for what it described as policy credibility, only to sign up to a financial bailout, an outright peddling of falsehood.

Election petition was successful for John Mahama despite dis...
2 hours ago