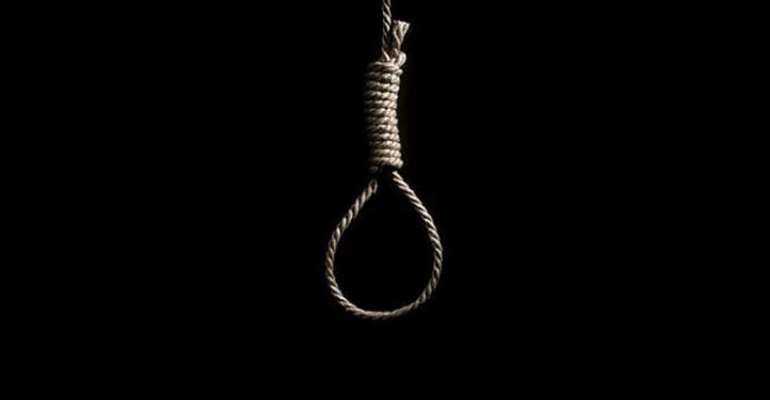 Anyinase, a farming community in the Ellembelle District of the Western Region, was thrown into a state of shock when a 12-year-old Junior High School (JHS) student, Samuel Opoku Kwarteng allegedly committed suicide by hanging himself.

The unfortunate incident happened early Monday morning January 13, 2020, at about 4:30am.

A source in the area indicated that the deceased, a student of an Adventist JHS in the area was found hanging in his room with a mosquito net tied to the ceiling.

The police have since deposited the lifeless body of young Samuel Opoku Kwarteng at a hospital morgue awaiting autopsy and further investigations.

An eye witness and a reporter at New Day FM, a private radio station in the area, Charles Tuvor, who corroborated the sad story, told DAILY GUIDE that the boy had been living with his mother, Dorcas Opoku at Ainyinase for some time now.

He said the mother who is a trader went to sell her wares on Sunday and returned late but could not see the son outside and so she presumed he was asleep.

According to the eye witness, the mother said that the 12-year old boy always woke up early in the morning to do his household chores before he left for school.

He said on Monday morning, at about 5am, the boy was still not out of his room and so the mother entered the room and found her son dead, hanging and dangling.

“The mother shouted for help which attracted the attention of many people to the scene,” he added.

According to the eye witness, the mother could not fathom why her son killed himself.

“A search was therefore conducted in the room to see if he left a note or something about the reason he had to take his life but to no avail,” he added.

Some of his classmates and other colleagues said the deceased though always exhibited a quiet demeanor, was liked by his friends.

They expressed extreme shock and sadness over the death of Kwarteng saying “he never exhibited any suicidal mannerism.”