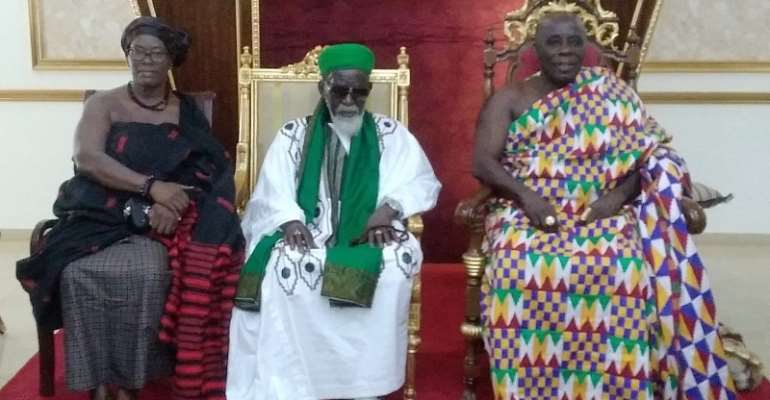 The visit marked the first time the National Chief Imam's feet touched the soil of Kyebi in the Eastern Region.

The National Chief Imam, who was accompanied by eminent chiefs and imams, was accorded a nice reception at Kyebi.

Alhaji Baba Issah, the Chief Imam's spokesman, noted that the National Chief Imam was at Kyebi to congratulate the Okyenhene on aiding to resolve national issues.

Osagyefuo Amoatia Ofori Panin thanked the Chief Imam for his visit and also thanked the Almighty God for being good to them.

The Okyenhene emphatically stated that the fact that “we speak different languages and come from different tribes does not make us enemies but good neighbours.”

He advised the Muslims not to let political affiliations divide them.

Savannah: NADMO to clear buildings on waterways after heavy ...
9 minutes ago