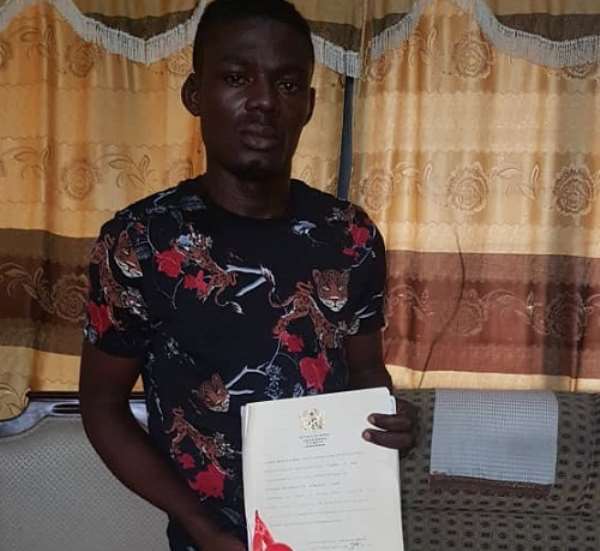 Personnel from James Town police station have picked up a 33-year-old driver who stole his master's Hyundai Mighty vehicle and later offered it for sale at a cost of GH¢18,000 at Akyem Maase in the Eastern Region.

The suspect, Abubakar Sadique Wumbei, a spare driver, according to the police, broke into his master's apartment at James Town to steal the vehicle's documents, as well as its keys, with the aim of selling the vehicle at Akyem Maase.

He was caught when a family member of the complainant spotted the vehicle being used by another person while on his way to Kwahu in the Eastern Region.

The Accra Regional Police Public Relations Officer, Deputy Superintendent of Police (DSP) Effia Tenge, told the media that on November 22, 2019, the complainant, aged 76, went to James Town police station and reported that he parked his Hyundai Mighty vehicle with registration number GS 3770-18 at Arena lorry station but moments later he noticed that the vehicle had been stolen.

She said the complainant said he suspected one Abubakar Sadique Wumbei, a temporary driver he had hired, as the culprit.

She said further investigations conducted by the police revealed that suspect Abubakar Sadique Wumbei, a native of Bimbilla, hired as a temporary driver by the complainant, broke into the room of the complainant, and stole the vehicle's keys and documents.

DSP Tenge said the suspect had been arrested and was being prepared for court for the offences of unlawful entry, stealing, defrauding by false pretence and perjury.