Over 100 Illegal Structures Demolished At Kawukudi 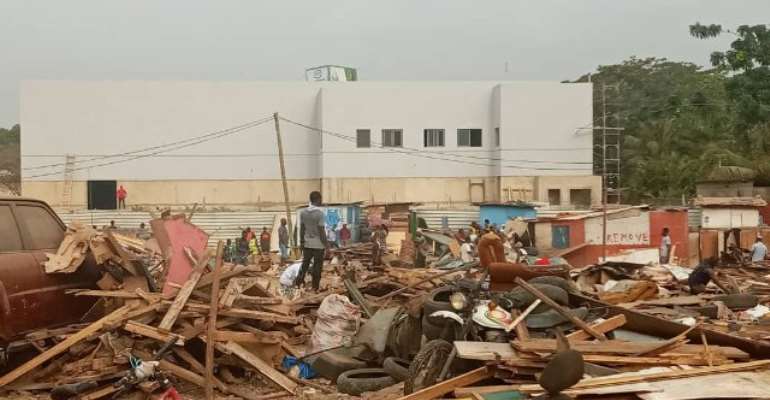 Over 100 illegal structures on a parcel of land opposite Gold House at Kawukudi in Accra have been demolised by officials of the Ayawaso East Municipal Assembly.

This is to make way for commercial construction of an office complex.

Small businesses, wooden settlements and a gas filling station were affected by the exercise. 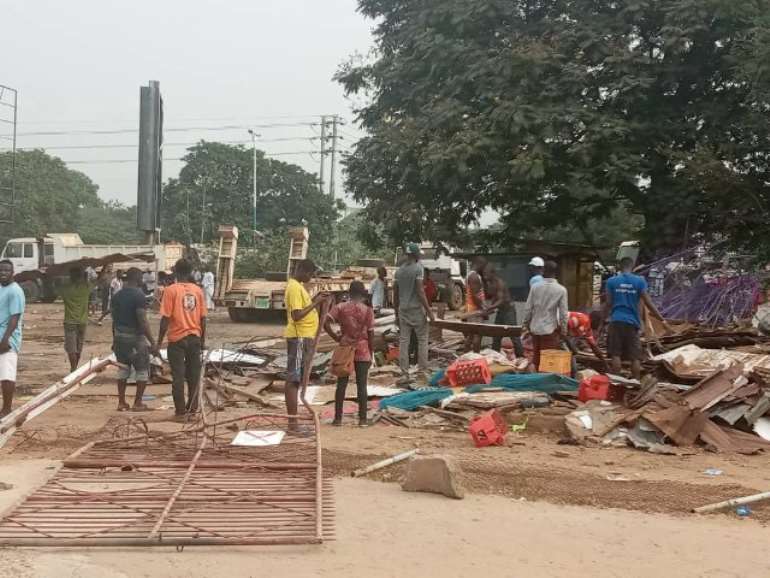 While excavators and other earth-moving equipment cleared the structures, occupants and residents looked on helplessly.

Municipal Authorities who spoke to Joy News said there has been a series of engagements with the occupants on the parcel of land since 2018. 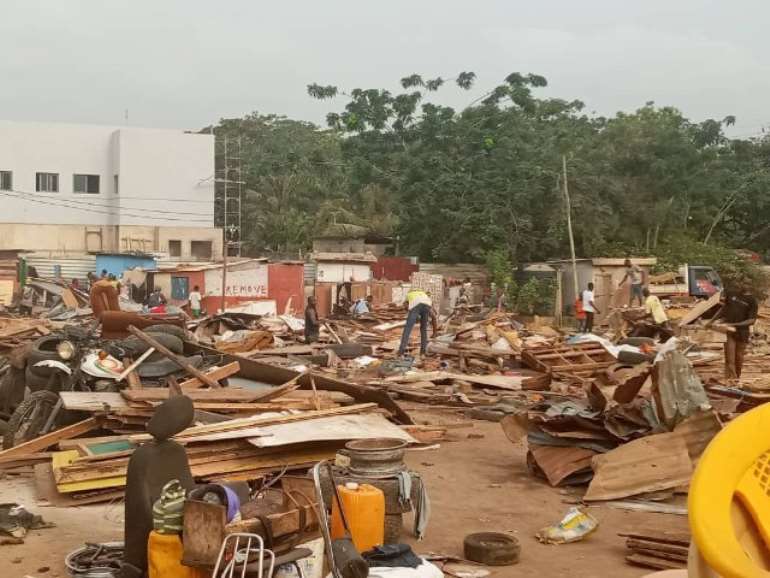 According to them, the exercise was not out of place. 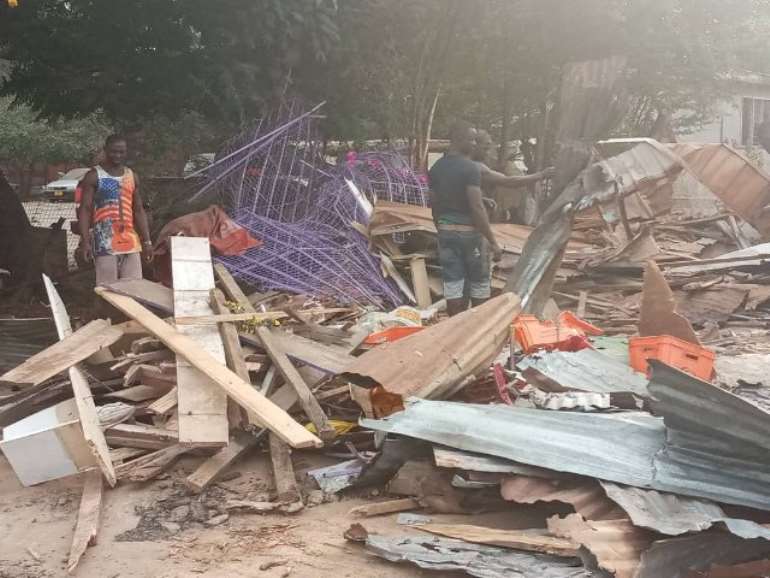 But the victims who spoke to Joy News appealed for support.

According to them, they are now homeless and their properties running into a few cedis have been destroyed.

They also accused the Assembly of selective justice since some affected person were allegedly compensated. 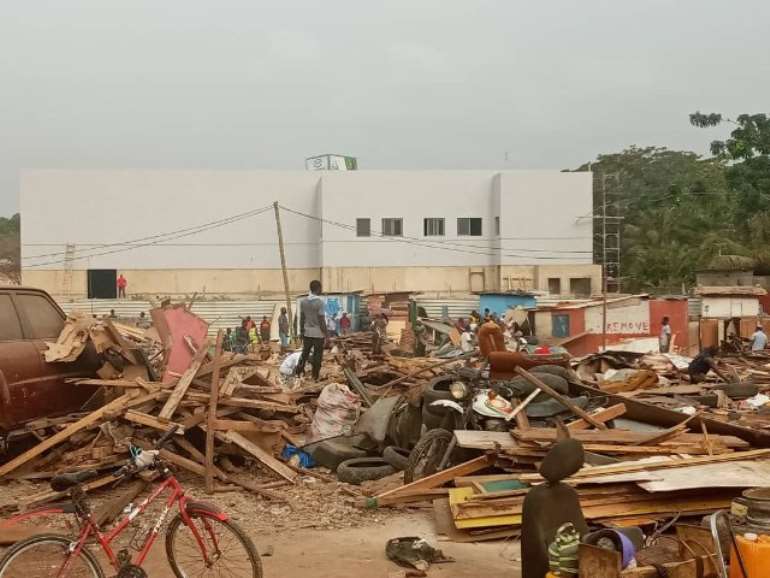