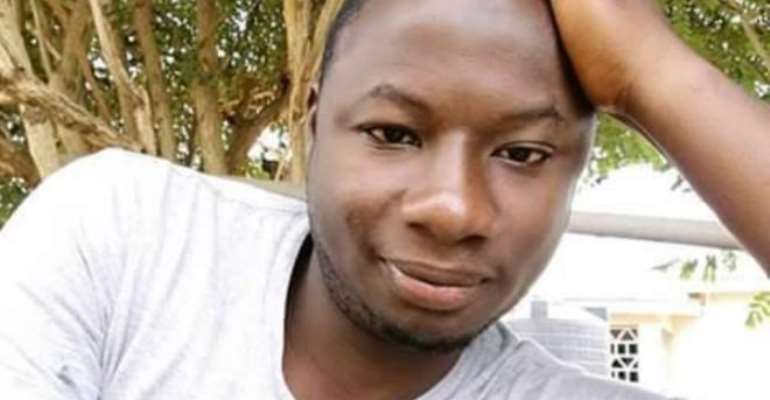 Family of the murdered investigator with Tiger Eye PI Ahmed Hussein Suale has expressed disappointment with the government and security agencies over their failure to find his killers.

According to the family, the murder of Ahmed has not been treated with much seriousness almost a year after the incident.

Ahmed Saule was shot dead by some unknown assailants in January 2019 at Madina in Accra.

He was the lead investigator of the Tiger Eye PI team in the Number 12 exposé on corruption in Ghana football.

“In fact, the family is very disappointed in the security service and the government itself. It looks like they are not interested in the case. After all the noise, have you heard of anything again? And have you heard of any government official discussing it again? Even, the Attorney General could not remember the date my brother was assassinated in Parliament. Doesn’t that alone ring a bell that the government is not interested in our case?” he asked.

He also stated that the family will hold some activities to commemorate Ahmed Suale’s one year of passing.

“Definitely as a Moslem, you know the one year will be on Wednesday, 15th January 2020, but we have decided to have it on Sunday. We will also have a Quran recitation, ” he noted.

Ahmed Hussein Suale, a member of a private investigative agency, Tiger Eye PI, was murdered on January 16, 2019, by unknown assailants close to his residence at Madina, a suburb of Accra.

It was alleged by a cross-section of the public that, his murder was associated with his role in the Number 12 exposé which toppled the Ghana Football Association and it's then-president, Kwesi Nyantakyi.

This coincidentally occurred months after Assin Central MP, Kennedy Agyapong exposed Ahmed Suale in the aftermath of the #Number12 exposé and said he [Ahmed] was wicked and must be beaten if he visited the premises of his company – Oman FM and NET 2 TV.

Mr. Agyapong subsequently denied ever having a hand in the death of Ahmed Suale. Police are yet to conclude investigations on the matter.