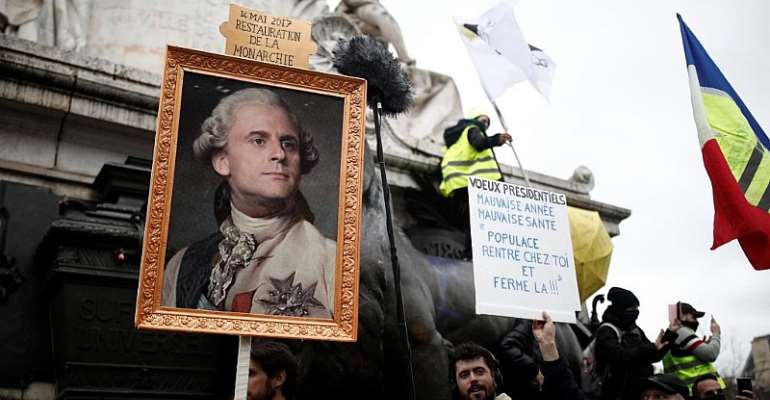 The strike against pension reform is now into its seventh week, and is still causing major delays on to Paris public transport system. Despite an offer from the Prime Minister Edouard Philippe to withdraw the age limit of 64 to qualify for a full pension, most trade unions say the protest will continue.

The strike goes on. The national high-speed rail network was back to “nearly normal” on Monday, according to the SNCF train company, with 80 percent of TGVs running. Seven of ten local services were back in business, but only 40 percent of intercity trains.

Things are officially “getting better” in Paris, but that means roughly half the normal number of long-distance suburban trains, and a greatly reduced service in the metro.

The forecast for Tuesday is for another day of major complication for the capital's commuters.

Offer falls on deaf ears
In a letter published at the weekend, Prime Minister Edouard Philippe offered to “provisionally withdraw” the question of the so-called “pivot age” from the retirement pension reform bill to be presented to parliament next month.

The government originally insisted that, to make retirement self-financing, the French would have to work longer to qualify for a full pension. The new law would move the current departure age of 62 years, to 64.

That age limit has been one of the major sticking points in the dispute.

The government offer has a sting in the tail: the 64-year limit will be withdrawn, leaving the trade unions until the end of April to propose a different way of ensuring that the pension system becomes self-financing by 2027.

The new deal is simple: there'll be a second reading of the reform bill in May, at which stage the government will add in the solution proposed by the trade unions.

If there is no such magic formula, the government will make its own decision about how to ensure financial equilibrium. “I will face up to my responsibilities,” the prime minister said.

Broadly negative reaction
Right now, nobody seems to be buying what Edouard Philippe is trying to give away.

“Hostile unions condemn deceitful manouvre,” is how right-wing Le Figaro sums up the reaction of most labour organisations.

“Unions divided by government gesture,” is how left-leaning Libération sees the situation. They base that on the fact that the moderate CFDT and some smaller groups have welcomed the withdrawal of the pivot age as “a victory,” while the majority of the labour organisations have cried foul, describing the latest proposition as “a fraud”, “a sham”, “a ruse,” or “a hoax”.

Speaking on national television on Sunday night, Edouard Philippe said he was determined “to create a universal, points-based system, stronger, simpler and fairer than the current set-up,” and which will do away with the current multitude of special arrangements.

He also said he was determined to see this reform through to the end.

The unsatisfied unions have promised new nationwide demonstrations against the proposals for 14, 15 and 16 January.