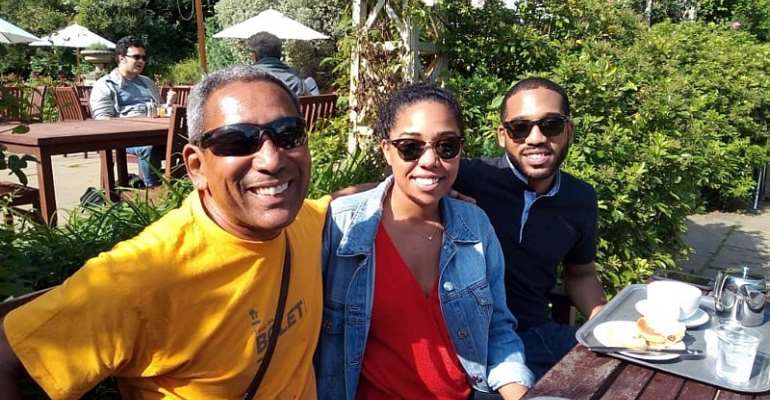 ‘Euphoric‘ doesn’t really convey the way I felt that evening. I’m not sure I can give you a replacement. The knowledge of the impending Citizenship Ceremony was a long time in coming… and for the past year seemingly elusive to the point of wondering if it would ever happen. The ‘process’ was not a real ‘process‘ whereby an application form, dates, schedules and information were never communicated (because they didn’t exist as the government ministries and agencies stunned through the event). I cried because of the long journey to get to that point, that moment of citizenship. I cried thinking back upon friends who helped me get here and not here to experience the ceremony which would have made them feel proud of this achievement. I cried thinking about all the people who would be proud of me of my becoming a Ghanaian citizen.“ 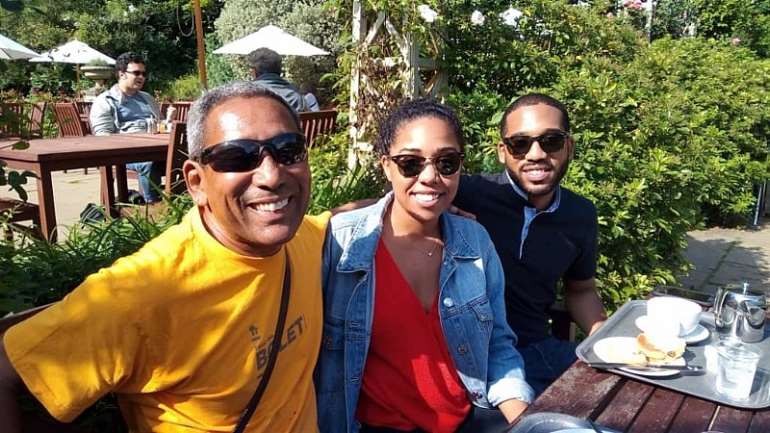 These are the words of Masao Meroe on becoming a citizen of Ghana. His father is from Marshall, Texas in the United States (US) and his mother is Japanese. His parents met during the US occupation of Japan after WWII. He is an American born on a US military base in Japan where he spent the first 5 months of his life. He became a Ghanaian citizen in November 2019 and is the second person I am interviewing about leaving the US to settle in Ghana.

TheAfricanDream.net discovered that Masao, an African-American, is the founder of Sankofa Investments (established 1994 in Ghana) under which he owns and operates Sankofa Beach House and formerly Sankofa Meroe Tours. A graduate of Brandeis University and the University of California, Berkeley, Masao holds a BA in Politics, a Masters in City and Regional Planning and a Juris Doctorate of Law.

He first visited Ghana in 1981 and almost four decades down the line, he stood in line on November 27, 2019, with others to take the oath of citizenship and became Ghanaian. “It was so Euphoric again that I couldn’t help but cry,” Mr. Meroe told TheAfricanDream.net during this chat.

Let’s go back to 1981 where all this started. Masao arrived at the University of Ghana for a short law school program that year. His fascination with Africa grew from that time on, it led to him traveling widely within the continent. So strong was the pull by Africa that in the year 2000 he moved his family to Accra, Ghana after living in Ibadan, Nigeria for five years with them.

As he talked more about his citizenship ceremony, Masao explained, “the swearing-in elevates your sense of belonging and instills a sense of responsibility for the growth, wellbeing, and security of this country because I am a part of it. I have embraced the country as my own. This is a feeling I never had in the US,” said Masao who has been traveling within Africa and organizing tours for more than three decades as a way of bringing to others the Africa experience.

“My years of living and working in Africa have enabled me to establish relationships and contacts that afford groups and individuals access to people and places generally unreachable to tourists. Through my Sankofa Meroe Tours, I was able to tailor tour activities based on the specific interest for not just African-Americans, but persons and institutions of all kinds that wanted an authentic experience. While I just completed a small group tour last October, I’m now running away from this business as I’m trying to slow down the pace of life.“

Before all this, he primarily worked in the US as a real estate development consultant on low and moderate-income housing development and community development projects in California and Ohio. He, however, grew up in Massachusetts after his four-month stint in Japan as an infant. He disclosed he has since returned to Japan once during his adult life.

Now that Masao is a full-blown Ghanaian, and will soon be a proud owner of a Ghanaian passport, how does that feel? “Well…” said the man who moved to Ghana and only retired in the last couple of years, “I’m a person who holds an American passport for convenience of travel. When I get my Ghana Passport, I’ll be a person who holds the Ghanaian passport for convenience of travel but mainly in West Africa and, more so the rest of Africa.“ 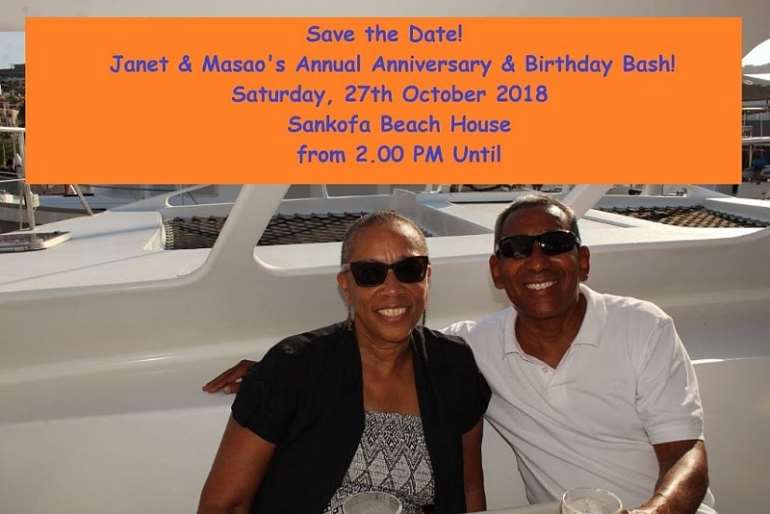 Mr. Meroe with wife Janet in a 2018 event flyer of theirs.

“We moved with savings and lived off those for the first two years when we arrived in Ghana,” said the 64-year-old retiree, who is, well, not quite retired as he explained that “the Beach House is a ‘working retirement’ for me. Let’s just say he is “a correct man,” which is generally what the Japanese male name Masao means.

Before he became a citizen of Ghana, he had already committed half his life experience in Africa, seeing and experiencing more of Ghana than the average Ghanaian. Masao has also seen more of West Africa than the average West African and more of Africa than most Africans. “I, however, live in Ghana with no plans to leave or desire to live elsewhere. My citizenship does not change any of these feelings.”

Speaking of change, when TheAfricanDream.net asked Masao what he would love to change about Ghana if he could, without hesitation he responded: “The sense of protecting and appreciating the environment and cleanliness because I run a beach bed and breakfast. The sight of trash in the ocean is heartbreaking for me, and my dream is to see a cleaner Ghana soon in every sense of the word for everyone, especially the children.“

“My children are now in the US where they attended University, as much as my wife and I miss them, they are working there and also trying to make their way back home to Ghana which is home for all of us,” said Masao whose wife, Janet, was also vetted and approved for Ghanaian citizenship.

Watch out for my next conversation yet another African-America who became a citizen of Ghana and next time you are in Ghana do check out Sankofa Beach House — remember to tell them TheAfricanDream.net sent you. Also, visit www.sankofabeachhouse.com to find out more and don’t forget to ask Masao about his favorite dish and drink from Ghana when you get the opportunity to meet him.