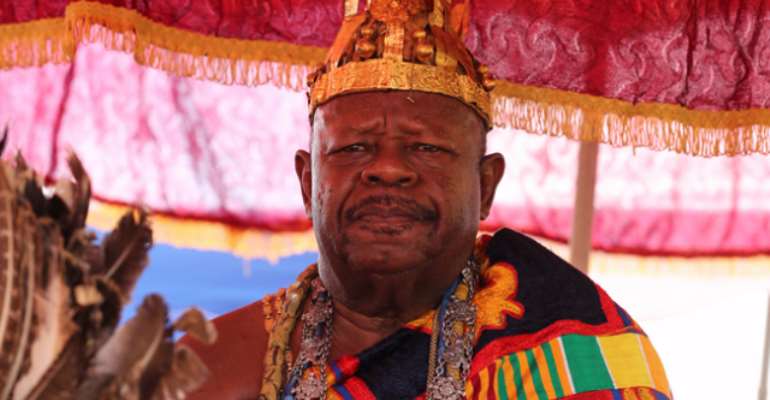 The Konor and Paramount Chief of the Manya Krobo Traditional Area, His Royal Majesty Nene Sackitey II has asked the youth to take full advantage of the Akufo-Addo’s free SHS policy program to make themselves productive in future.

His Royal Majesty gave the advice when he addressed the people of Assesewa, the upper Manya Krobo district capital in the Eastern Region as part of his familiarization tour of major towns within this traditional area.

Nene Sackitey II in a speech at the gathering urged the youth to take key advantage of the government flagship program under the free senior high school policy.

“The free SHS Policy should mark an end to the era of youth dropping out of second cycle school because of nonpayment of school fees and in effect, take full advantage of the flagship program to become great people in the future.”

He further affirmed that he will be highly disappointed at parents if they fail to send their wards to schools to acquire knowledge under the free SHS and end up apportioning it to lack of funds.

“I will be very very disappointed hearing your parents saying there are no resources to send your children to senior high school when this government has made education at a second-cycle level free,” he said.

The Paramount Chief further noted that with a memorable understanding with the University of Ghana, Legon, he will grant free scholarship to 15 best performing SHS graduates to the people of Klo in each academic year into the tertiary level of education annually starting from the 2020/21 academic year.

He thereafter charged the youth of Klo to study hard and grab this opportunity to become responsible citizens in the future.