Has Otumfuo Solved Asanteman Association of New York Chieftaincy Sage? A New Chief and A New Queen Mother Is Elected 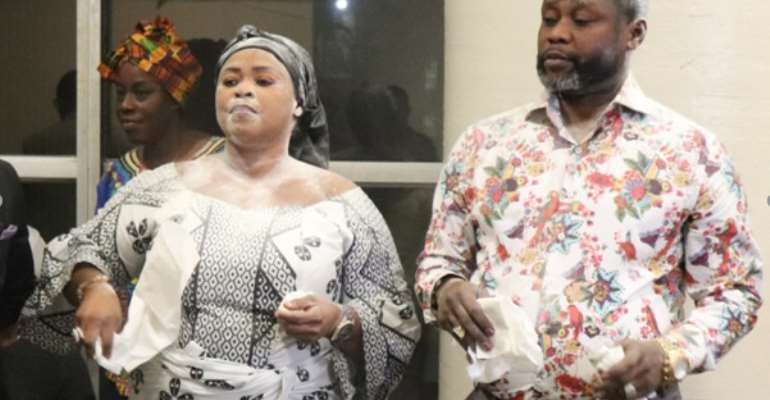 Despite a letter circulating in the community purporting to come from the office of Otumfuo in Ghana calling for the postponement of the election until further notice, the elders of Asanteman Association decided to go ahead with the election as planned, and surprisingly it was well attended.

There were past Asantefuohenes and Asantefuohemaas, past Executives and the Executive Secretary of Asanteman Council of North America (ACONA) present.

After a short prayer for unity and peace, the two candidates for Asantefuohene Nana Adomako and Nana Amaniampong spoke briefly about their plans for the development of the Association. They both called for unity and pledged to work towards unifying all Asantes in New York. They also pledged to support the eventual winner.

Nana Akua Sefah, the only candidate for Queen mother (Asantefuohemaa) present at the election - Nana Agyeiwaa was absent - echoed the sentiments of the men and called for unity and support no matter who won.

Is this the end of this long saga? Has Otumfuo resolved this long chieftaincy saga? What happens next? Will there be any repercussions from the office of Otumfuo or is the letter fake, as some people allege?

Stay tuned to Abrokyire Nsem for answers to all these questions, as we continue to follow this unfolding issue.