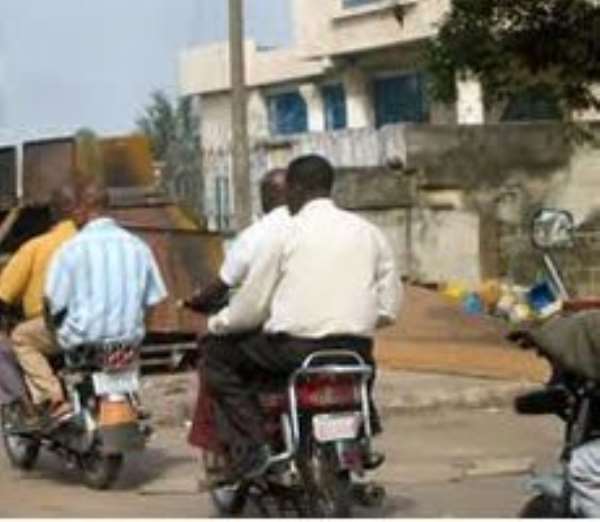 Police have arrested one Kwame Boamah aka Kwame ‘Ayigbe’ who allegedly stabbed a commercial motor rider (Okada) with a knife and bolted with his motorbike.

The suspect on January 8, 2020, hired the services of Fatawu Moro,19, to transport him from Komeso with his unregistered Haojin motorbike to Akyem Afosu all in the Eastern Region.

At a spot between Akrofonso and Afosu, the suspect asked the victim to stop in order for him to attend to nature's call. Upon stopping, the suspect stabbed the rider and bolted with the motorbike.

The victim lost consciousness but was saved by a Good Samaritan who took him to the New Abrem government hospital where he gained consciousness.

The incident was reported to the police two days later, leading to the arrest of the suspect in a different town.

The suspect was arraigned before the Koforidua Circuit Court B on Monday, January 13, and has been convicted with sentencing deferred to January 28.