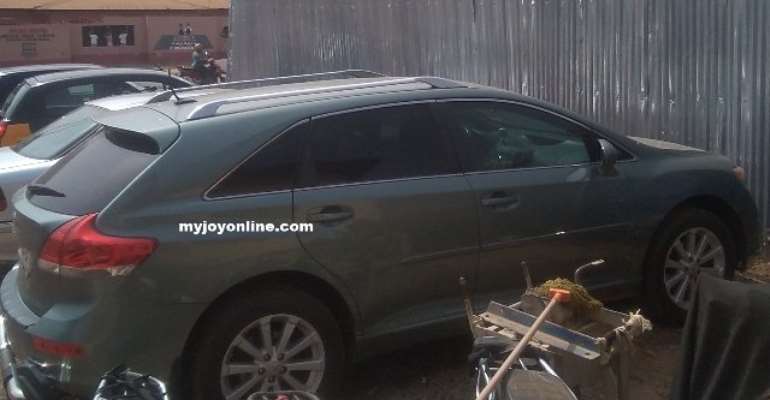 The Toyota Venza vehicle in which the children were found dead.

Police in the Ashanti Region are investigating circumstances under which two children were found dead in their father's vehicle in Asawasi.

Abdul Aziz Seko and Abdul Gafar, aged 8 and 5, respectively, suffocated after Suleimana Seko allegedly left them locked up in the Toyota Venza, on arrival at his shop on January 9, 2020.

The motor bike spare parts dealer reportedly forgot he had been moving with the children who were in the back seat of the vehicle.

Family sources say the father left the Duase-home in the Toyota Venza vehicle with registration AS 7424 – 14 for the store with the children.

The man was said to have mistakenly left the two children in the vehicle which has tinted window glasses, upon arrival at the shop.

After waiting for hours without hearing from his sons who usually go to him for money for food, the father became apprehensive and mounted a search for them.

The bodies of Abdul Aziz Seko and Abdul Gafar were later discovered in the father's car following several hours of search.

Traumatised over the development, the father who lives at Duase, reportedly drove the vehicle with bodies of the children to lodge a complaint with the Kenyase police.

Post mortem report puts the cause of death as Asphyxia, a condition where the body is deprived of oxygen secondary to suffocation after the two bodies were deposited at the Komfo Anokye Teaching Hospital morgue.

Police have forwarded the docket to the Attorney-General's Department following the burial of the two children over the weekend.