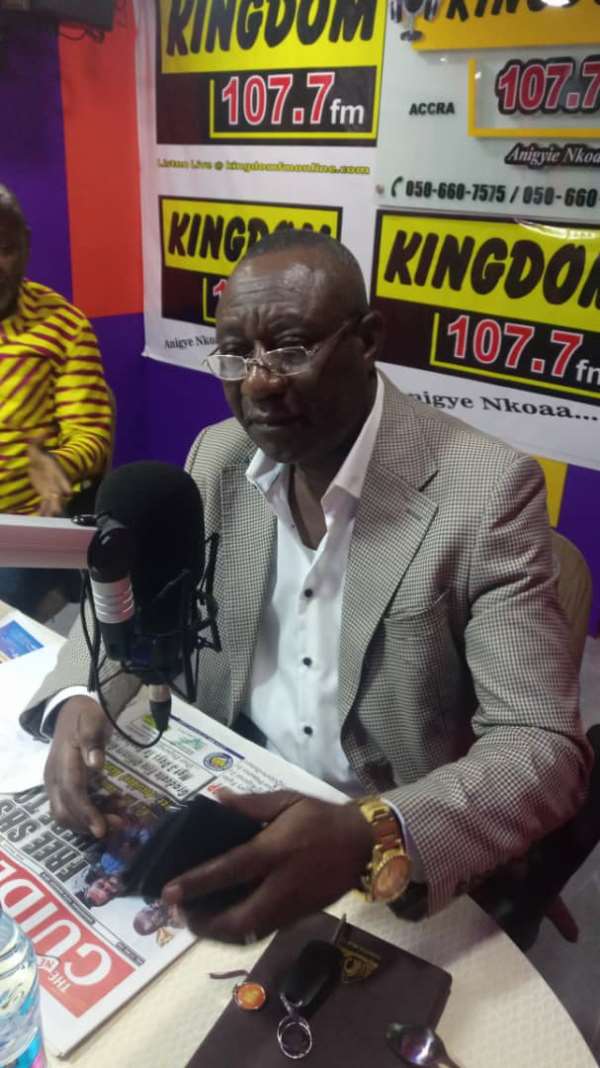 Former Member of Parliament for Bantama Constituency in the Ashanti Region, Henry Kwabena Kokofu says he suspects some foul play and an attempt to disgrace the National Security Minister, Kan Dapaah following the leaked romance video.

In a viral leaked video, Albert Kan Dapaah who abroad threw caution to the wind and spoke about how he would miss his lover and all.

“The intention behind the video is very bad and I believe there is a foul play with the circulation of the video because this year is election year and politicians all over the country will be subject to some of this things,” Henry Kwabena Kokofu told Kwame Tutu on ‘Anopa Nkomo‘ on Accra-based Kingdom FM 107.7.

According to Henry Kokofu, the National Security Minister was set up by persons from the political divide who are desperately working to tarnish his image.

The side chic, who allegedly recorded the video, does not show her face but kept instructing the love-struck minister to show his face properly in the video so she could leave no one in doubt that it was indeed Albert Kan Dapaah.

The lady on the other end of the video call could be heard asking Mr. Kan-Dapaah if he would miss her while he was on the plane.

While most Ghanaians have laughed it off describing it as nothing serious others have described his action as reckless considering the fact that he is the Minister in charge of National Security.