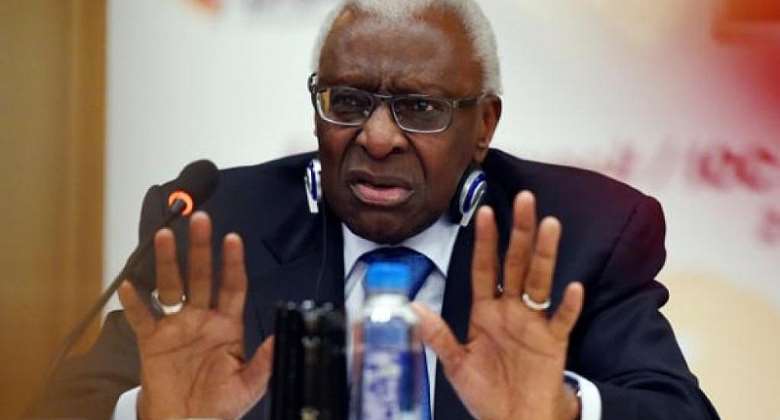 The corruption trial of the former head of world athletics governing body, the International Association of Athletics Federations (IAAF), opens in Paris on Monday. Lamine Diack is accused of money laundering and influence-trafficking linked to a Russian doping scandal.

Lamine Diack was president of the IAAF, now World Athletics, between 1999 and 2015. He has been under investigation by French financial prosecutors since 2015 over claims that he took some 3 million euros in bribes to cover up positive drug tests of 23 Russian athletes.

The 86-year old Senegalese has been under house arrest in Paris since November 2015.

The trial is scheduled to run until 23 January. Diack has denied the charges but if found guilty, he could face up to 10 years in prison.

His son, Papa Massata Diack, former IAAF marketing adviser, was banned for life from athletics by the governing body in January 2016. He is also facing charges of money laundering, corruption, concealment and breach of trust.

France has issued two international arrest warrants for Diack's son. He has refused to leave his native Senegal and the Senegalese authorities say they will not extradite him.

Papa Massata Diack was questioned in Dakar last November over accusation against him and his father. He is expected to be tried in absentia.

Diack and Russia
The scandal that the trial centres on led to a ban on Russian athletes in several international competitions for state-sponsored doping between 2011 and 2015. Despite being reinstated by other sports federations, Russia is still banned from competing as a nation by World Athletics.

According to the French prosecutors, the Diacks were involved in a scheme called “full protection”, in which 23 Russian athletes paid between 100,000 euros to 600,000 euros to IAAF members in exchange for being allowed to compete at the London 2012 Olympics and the 2013 World Athletics Championships in Moscow.

Prosecutors say the money was creamed off sponsorship and TV rights deals, negotiated with Russian officials.

Diack's former adviser, Habib Cisse and Gabriel Dolle, the former anti-doping chief at the IAAF, are due to appear in court in Paris. The two French nationals are facing corruption charges.

Two Russians are also on trial but not expected in court: Valentin Balakhnichev, a former IAAF treasurer, and Alexei Melnikov, a coach who led Russia's long-distance running program.