A-G To Advise Case Of Man Who Allegedly Defrauded UCC 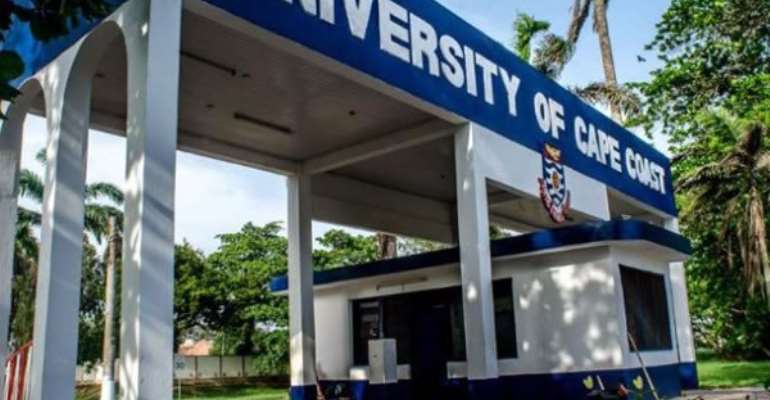 A docket on a case of alleged forgery and fraud involving the Managing Director of Tacoa Construction Limited, has been referred to the Attorney-General’s Department for advice and wayforward.

The Managing Director of Tacoa Construction Limited, Henry Tackie was arrested after investigations pointed out that he allegedly presented fake bonds to secure four separate contracts from the University of Cape Coast (UCC).

The Central Regional Crime Officer, Chief Superintendent Reuben Asiwoko, told the media that the University of Cape Coast petitioned the Regional Police Command of an alleged fraudulent deal by Tackie, after finding out that he presented fake documents to secure contracts totaling GH â‚µ 38.17 million

Mr Asiwoko indicated that Mr Tackie was arrested in Cape Coast and his statement was taken and subsequently charged with forgery of documents and fraud.

“Investigations have been conducted and the docket has been referred to the Attorney-General’s Office for advice,” he stated.

“Barony Construction and Tacoa Construction, ostensibly in fulfillment of the above condition, presented bonds and securities which were purported to have been issued by Société Generale Bank,” he said.

He added that upon investigations by the UCC, Société Generale Bank revealed that the bonds were fake and had not been issued by the bank.

He was arrested on December 12, 2019, but was released the same day on police enquiry bail.