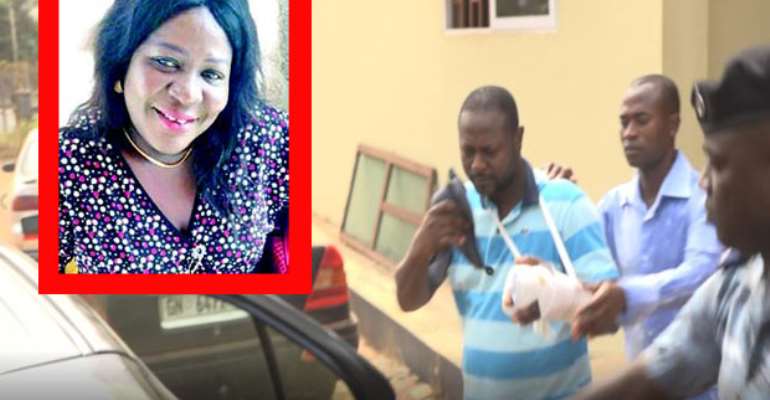 Police have commenced investigations into the forefinger injury of Edwin Awuku, 42.

Awuku has been charged with murdering his girlfriend, Comfort Owusu Afriyie, aka Maame Yaa.

Reports indicated that he shot Maame Yaa with a pistol in a room at Cedar Crescent Hotel at Denyame, a suburb of Kumasi.

Surprisingly, Awuku, who was wielding the gun, also suffered gunshot wounds on his left forefinger. The injury led to Awuku being hospitalised for two days after his arrest.

He has since been remanded in police custody by the Asokwa District Court until January 24, 2019.

According to a police source, the police are surprised at how Awuku got shot on his forefinger. He said Awuku was holding the gun, therefore, it doesn't make sense that he (Awuku) was also shot.

The police have started the investigations to know what actually led to the forefinger injury. “We want to know if it was an accident; whether there was a struggle or he shot himself to deceive the police.”