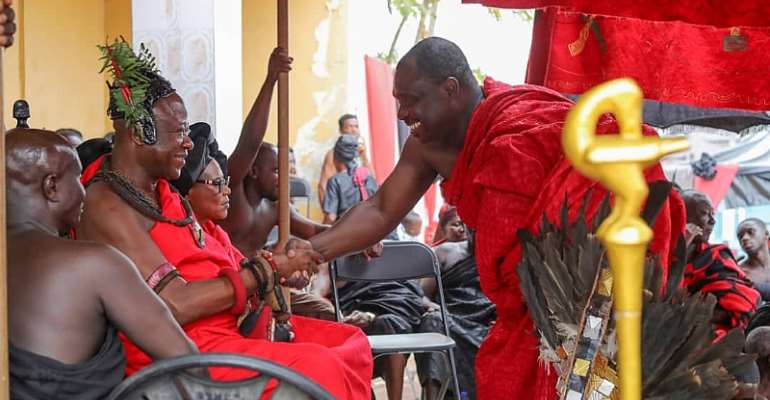 The Deputy Minister of Trade and Industry Robert Kwame Ahomka-Lindsay in a grand show of love, peace, unity and commitment to development has commiserated with the paramount chief of Kumawu, Barima Sarfo Tweneboah Kodua, at the funeral of their uncle Dr James Charles London.

The funeral was well attended by dignitaries in the Sekyere Kumawu district and the Ashanti Region.

The Deputy Minister, Kwame Ahomka-Lindsay, a veteran Corporate giant and New Patriotic party politician made a donation on behalf of his minister Alan Kwadwo Kyeremateng and another on his behalf towards the funeral.

As a royal and a true son (from Aninanya with family linkages in other communities) of the Constituency, the honorable took the opportunity to display some rich culture of the land.

People and dignitaries alike were delighted the deputy minister was in town and also praised him for the many developmental projects he is bringing to all communities in the Kumawu Constituency.