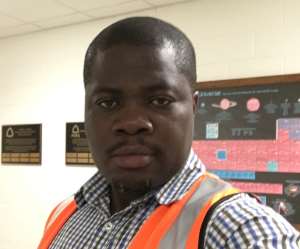 The actions of President Akufo Addo’s government in the mining sector are juxtaposing the mining industry in Ghana at high political uncertainty, put the country on a high global mining investment risk index and fend off current and potential future investors in the business.

As a mining engineer who has reviewed the Ghana mining laws, I can confidently predict that any wrongful confiscation of Exton Cubic mining lease can soon lead to a disaster in the large-scale mining business in the country, affecting the foreign companies that are operating without parliamentary ratification. As it is written, what is good for the goose is good for the gander.

It is sad that this NPP government is determined to collapse Ghanaian businesses and rather promote foreign companies to succeed in the country. Exton Cubic began its bauxite concession application from May 25, 2013 and the company acquired its mining lease from the Ministry of Lands and Natural Resources on December 29, 2016. In my opinion, the company followed the laid down procedure and hence, it should not face such frustrations in its own country.

Notable among the collapsed businesses by this government, include Dr. Nduom’s Gold Coast Securities collapse, Bank collapse, Small-Scale Mining collapse and Menzgold collapse. These business fold ups have led to adverse hardships, unprecedented unemployment and unexpected financial loss to Ghanaians. Unfortunately, the foreign companies move their revenue beyond the shores of Ghana, contributing immensely to the uncontrolled depreciation of the local currency.

As a Ghanaian, I am worried about how the Exton Cubic case can be used in the near future as a reference to confiscate the leases of the active mining companies in Ghana that were exploiting natural resources without the requisite ratification at the time that the Exton Cubic lease was seized. Upon reviewing the Minerals and Mining Act 2006, Act 703 from the first page one (1) to the last page fifty-nine (59), it is not stated anywhere in the document that a mining company’s owner or its representative should submit a mining lease to parliament for ratification consideration.

After the payment of the lease application fees, it is the responsibility of the Minister for Lands and Natural Resources to submit the approved lease to parliament for the subsequent ratification. My thorough investigations show that both the previous minister who granted the mining lease and the current minister did not submit the lease to parliament for the required approval. Is it lawful to penalize the mining company that fully paid the necessary application fees or the minister who failed to execute his duties? I cannot fathom why some NPP members are peddling falsehood about Exton Cubic to the public without ascertaining the facts of the matter.

The Minerals and Mining Act 2006, Act 703, Section 39 states clearly that a holder of a reconnaissance licence or prospecting license can apply for one or more mining leases. The Ministry of Lands and Natural Resources granted Exton Cubic’s prospecting licence on December 24, 2015, hence the company was eligible to apply for its mining lease on October 26, 2016. Again, the Act 703 states that the Minister should grant the mining lease within sixty (60) days of the application, upon recommendations from the Minerals Commission. If the ministry granted the mining lease on Thursday December 29, 2016, which is about sixty-four (64) days, what made the lease acquisition process fraudulent? Please see the screenshot from the Act 703 below:

39. (1) A holder of a reconnaissance licence or a prospecting licence may. prior to the expiration of the licence. apply in the prescribed fonn for one or more mining leases in respect of all or any of the minerals the subject of the licence and in respect of all or any one or more of the blocks which constitutes the reconnaissance or prospecting area except that the blocks shall fonn not more than three discrete areas, with each consisting of

(2) Subject to this Act and upon an application duly made under subsection (1). if the applicant has materially complied with the obligations imposed by this Act with respect to,

(3) A dispute between the Minister and a holder in respect of a matter tht arises under subsection (2), shall be resolved under section 27.

Besides, the Act 703, Section 46 authorizes any mining lease holder to begin active mining operations. Mining is a capital-intensive business and millions of US dollars are invested to acquire a mining lease in Ghana. My investigations show that due to certain uncontrolled parliamentary bureaucracies, the past ministers allowed the mining companies to operate concurrently with the parliamentary ratification process. This is the reason why some foreign mining companies were operating without parliamentary approval.

If the government wanted to change the status quo by revoking the leases of operating mining companies without ratification, why did it target only Ghanaian-Owned Exton Cubic and not applying similar measures to the other large-scale mining companies owned by foreigners? Please read the screenshot from the Act 703 below:

Although a mining lease in Ghana should be subjected to parliamentary authorization, it is not clear in the Act 703 if the minister should submit the lease to parliament for the ratification within the sixty (60) days of the grant approval. In addition, the ratification process falls under the power of the minister to grant the minerals rights and not the responsibility of the mining company owner. Furthermore, it is not clear in the Act 703 whether a new minister after change of government, can annul a legitimate mining lease granted by his or her predecessor without submitting the lease to parliament for ratification. Please read the screenshot of the Minerals and Mining Act 2006, Act 703, Sections 5 (4) and (5) below:

As a Ghanaian Mining Engineer who advocates for the growth of Ghanaian-owned businesses in the country, I urge the Ghana government to be circumspect in its decision to confiscate the Exton Cubic’s Nyinahini bauxite concession. The Supreme Court’s final decision on this Exton Cubic matter after the review on Tuesday January 14, 2020 will be used as a blueprint for some Ghanaians to initiate similar lawsuit for the confiscation of mining lease of the other operating mining companies without parliamentary ratification. I will highly recommend that Exton Cubic proceeds to the international court of arbitration, if the apex court insists on its previous decision.