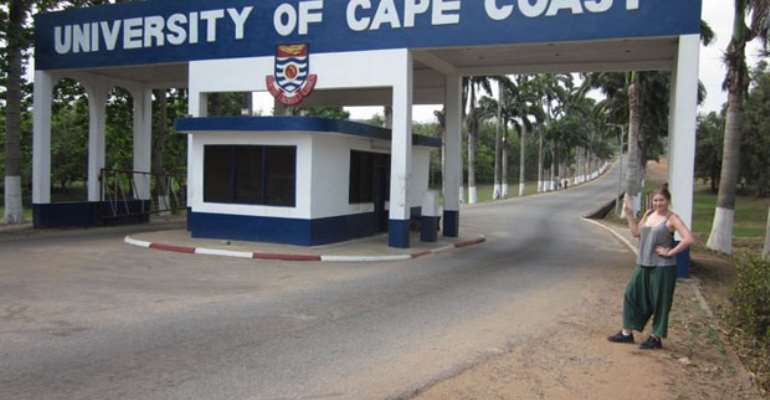 The Managing Director of TACOA Construction Limited, Henry Tackie, has denied media reports alleging that he had been arrested for presenting fake documents to secure contracts from the University of Cape Coast (UCC).

According to him, the said publication was a concocted piece aimed at tarnishing his reputation.

Mr. Tackie explained that he secured four separate contracts from the UCC with genuine documents which had been completed and was waiting to be paid but the university authorities failed to settle him for unknown reasons.

The Vice-Chancellor of UCC, Professor Joseph Ghartey Ampiah, on assumption of office, issued a note to TACOA Construction Limited to terminate all projects on the basis of alleged submission of a fake contract for signature and asked the university to set up a panel and report on the petition within a month.

Henry Tackie, on his part, petitioned the Minister of Education, Dr. Matthew Opoku Prempeh, who directed the National Council of Tertiary Education (NCTE) to investigate the alleged illegal termination of contracts by the UCC.

But the university allegedly refused to comply with the minister's order and rather through its counsel, Solomon Faakye, took him to the Cape Coast High Court for an order to release the keys to them to get access to the buildings for the use of students even though the university claimed the contracts were secured illegally.

Mr. Tackie explained that the Cape Coast High Court, at its last sitting on the case, referred it to the Chief Justice to transfer the case to Accra.

While waiting for the directive of the CJ, the university authorities broke the padlocks securing the buildings to use them without his approval, the contractor alleged.

He noted that his lawyers dashed to court to cite the UCC authorities for contempt, explaining that when the case was called for hearing on December 12, 2019, Prof. Ghartey Ampiah and Philip Ntim Owusu, both from the university, did not show up so the case was adjourned.

He said the current feud between him and the UCC officials might have led to the false publication in Daily Graphic.

He added that after the court proceedings on December 12, the police invited him and went with his lawyers to write his statement.

According to him, he was not arrested and granted bail as being peddled.

It would be recalled that the Central Regional Police Command in a media report claimed that a docket on a case of alleged forgery and fraud involving the Managing Director of TACOA Construction Limited had been reported to the Attorney General's Department for advice.

The total contract sum for the four projects is GH¢38.17 million.