Ghana Has Everything To Be Economically And Politically Strong Country 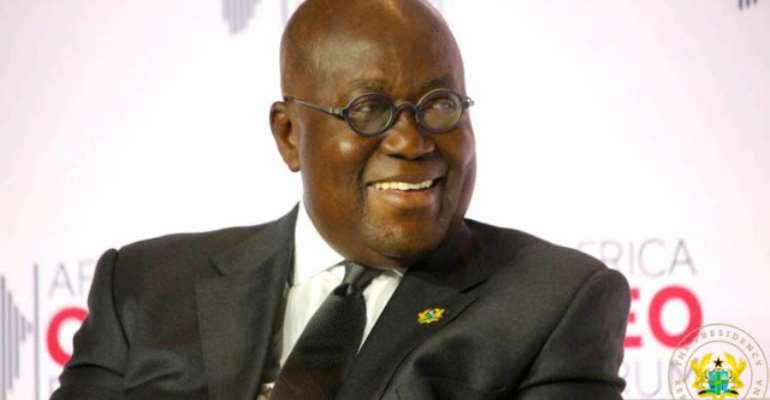 Over two billion dollars lost each year by Ghana due to corruption, according to the latest figures from the United Nations Development Program (UNDP). Even this is relatively low compared to other African countries.

Corruption in the country remains "one of the worst scourges that oppose the development of Ghana," said Nana Akufo-Addo in a speech to the nation in January 2018.

"Democracy is not everything, my hope and expectations are that the creation of this office will be an important step in our collective determination to eradicate corruption from the public life of our country because corruption is a thorny problem that permeates every fabric of Ghanaian society, especially the public sector,” Akufo Addo stressed.

This is not far from reality since even the quality of governance in this West African country has deteriorated. According to reports published both nationally and internationally, Ghana, an example of democracy has lost points in recent years in good governance and the fight against corruption.

The country, in particular, according to Transparency International, ranks 7th in African rank and 56th worldwide. Corruption in Ghana is broader than known, spreading to state officials, the police, immigration, traditional and religious leaders.

In 2015, outgoing President John Dramani had to seek assistance from the International Monetary Fund (IMF) to set up a $ 918 million (€ 874 million) bailout to try to stem an economic crisis, partly caused by the explosion of public debt and a crippling electricity shortage.

The economic hardships reinforced the dissatisfaction of Ghanaians due to mismanagement at the highest peak in the country. This is one of the reasons Mahama lost the 2016 elections. There is no doubt that Akufo Addo knows the problems the country faces but has no idea of how to deal with them.

For example, Akufo Addo is the only Ghanaian leader who has appointed the highest number of ministers in the political history of Ghana. His wise speeches against corruption are inspiring but inactive and also the appointment of the Special Prosecutor, Martin Amidu, didn’t yield any satisfactory results.

These are some of the reasons Ghanaians feel disappointed over the leadership of Nana Akufo Addo. It’s wrong to give citizens that have passed through bitter-harsh political and economic hardships false hopes if he lacks the ability to solve those problems.

Like Mahama, Akufo Addo has done many mistakes since becoming president. His commitments to fight corruption have been a failure. His aim to cut debt has been a failure as his government has over-borrowed. Corruption has also increased.

In a country like Ghana that elites don’t go to jail, Akufo Addo protects any of his officials involved in corruption scandals. In fact, nothing makes the NPP special, since they have repeated all the mistakes the NDC government did.

Observing and analyzing the political situation in Ghana, quickly reveals that poor leadership is what causing hardships for the common people but this shouldn't happen since Ghana has all that it takes to be a rich and strong country economically and politically.