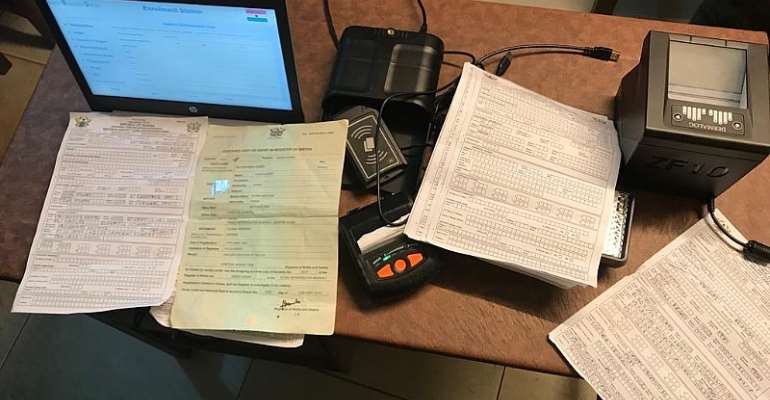 Applicants in the Ashanti Region who are visiting various centres in the ongoing Ghana Card Registration exercise never anticipated the long queues that will characterise the process when it began on Wednesday, 11th December 2019.

Although there were a number of applicants who thronged the centres at the initial stages of the exercise, the numbers have soared as registration officers at some centres are overwhelmed.

The Ashanti Region according to the National Identification Authority (NIA), is the region where more equipment and personnel have been deployed due to its population.

A total of 833 centres have been set up in the 47 districts of the region for the ongoing exercise which has now been extended to end on 16th January 2019 after an announced initial deadline of 10th January 2019.

Notwithstanding the intensified media sensitization before and during the exercise, the process has not been without hitches which are mostly human and technical.

The Authority in a recent news release to announce the extension of the exercise said it has taken note of the challenges encountered in the first two (2) days of the exercise in many communities across the region where citizens couldn't register due to the late transportation of some registration equipment to registration centres by contracted third parties, and/or the late arrival of some registration officials at their centres, despite management's best efforts at averting same. 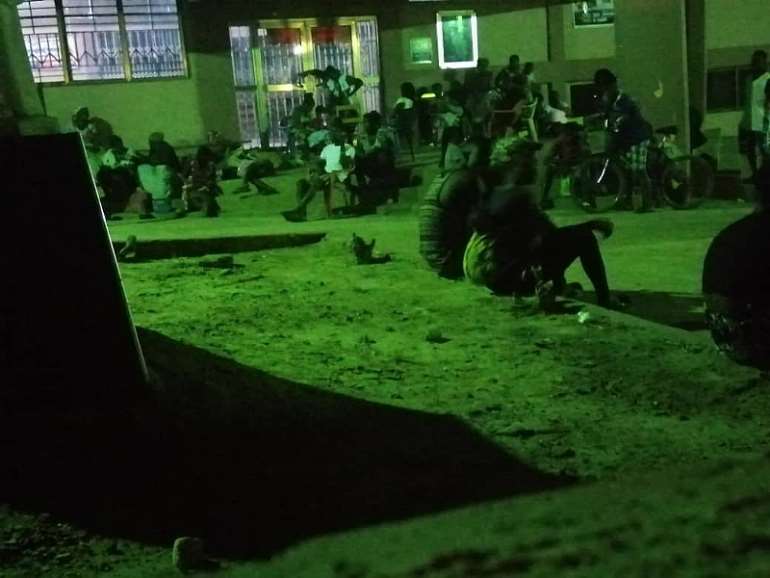 Applicants continue to flood the centres as long and snaky queues dominate the premises of these centres. The development, for many, stems from the fear that they will not be able to acquire the Ghana Card to be recognized as citizens when the exercise is over.

But the NIA has consistently indicated that not every eligible Ghanaian can be registered during the mass registration phase as it seeks to register 80% of the population aged 15 and above.

The Authority has also served notice that remainder of the current registrable population, as well as Ghanaians aged under 15, will be registered after this mass registration exercise is over.

Despite these assurances by the NIA, applicants in the Ashanti Region use various means to secure spaces in queues to be able to go through the registration exercise.

At one of the registration centres (Central Police Church) I visited; I was amazed to see objects including stones being used to secure spaces in the queue.

People do not just leave the comfort of their homes as early as 3 am for the registration centres, some defy the cold harmattan weather and expose their bodies to mosquito bites and in some cases criminals, to spend their nights at the centres.

Even when the exercise coincided with the recently held District Level Elections (DLE), the concentration of most people was on the Ghana Card registration at the expense of the Assembly and Unit Committee Elections.

Even though the DLE has often recorded low voter turnout, most voters ignored that exercise and rather focused on joining long queues to secure a card that may easily identify them as citizens of Ghana.

During a tour to the various centres to monitor the process as a journalist, I have heard from applicants who say they had visited the centres for more than three times on different days and have still not been able to register for the card.

Even for those who leave their homes for the centres before the cock crows and those who stay there overnight, they are sometimes not able to go through the process despite the risk they take.

In the midst of all the suffering and frustration applicants go through just to acquire the card, there are widespread allegations of extortion as some NIA officials are accused of taking monies from some applicants and accord them preferential treatment at some of the centres.

The NIA was so particular about some of these allegations when it issued a news release to announce its decision to extend the registration deadline.

Part of the statement read “while most NIA personnel are law-abiding and follow official instructions, some do not. We can achieve our targets if NIA staff conduct themselves professionally, and citizens conduct themselves responsibly. Allegations of bribery and corruption must be properly reported to the appropriate authorities with some credible evidence that would trigger effective investigation”.

It very clear that the populace in the Ashanti Region have shown much interest in the acquisition of the Ghana Card, but that should not be a guarantee for some unscrupulous persons to abuse the system.

The Ghana Card registration is free for eligible Ghanaian citizens and must remain so.

The enthusiasm for the Ghana Card registration is growing every day, but is it also a case of patriotism?

But if the actions of these applicants were to prove their patriotism, why will they ignore an equally important national and a democratic exercise (the District Level Elections) and rather focus all their energies and time to register for the Ghana Card?

Do people even understand the advantages of having a Ghana Card as a citizen?

patronizing social services, they can use it?

I hope readers will help find answers to these questions begging for answers.