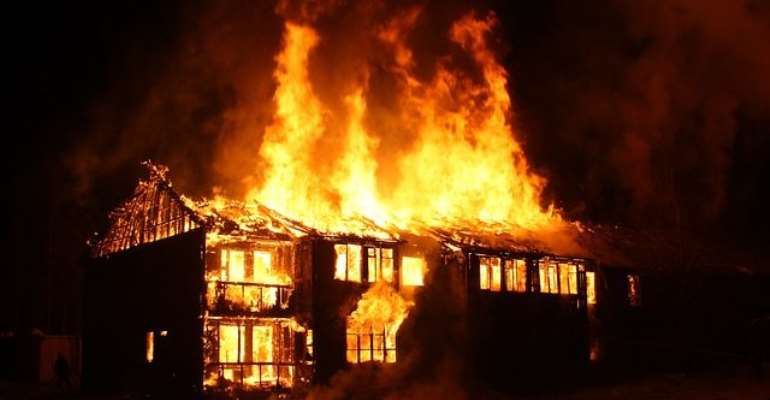 The Ashanti Region has recorded 71 cases of fire outbreaks since January 2020 begun with the majority of the cases being domestic fires.

This shows a marginal increase in fire incidents in January 2020 compared to figures from January 2019 and January 2018.

Between January and November 2018, the Region recorded 946 fire outbreaks and 950 fires in 2019 within the same period.

The Ashanti Regional Command of the Ghana National Fire Service (GNFS) attributed the development to the continuous public education done in the Region.

In an interview with Citi News, the Ashanti Regional Public Relations Officer for GNFS, Desmond Ackah Essoun spoke about measures put in place to reduce fire outbreaks in the region.

“We've intensified our public community education. Now we are doing dawn broadcasting. We move into the communities with our educational van and then between the hours of 4 am to 6 am to sensitize the public about the need to take precautionary measures especially at home because that is where we've had many of the fire incidences.”

“We have also commissioned our home safety educators. They have been tasked to go round the communities to educate the home owners and occupiers of residential properties to acquire home fire safety and home fire certificates,” he noted.

He further indicated that the command will collaborate with the National Security and the Bureau of National Investigation (BNI) to track and arrest persons who engage in prank calls.

“One thing that we have realized as a challenge now is the public. Some of them play with our emergency lines. We would want to throw a caution that this time around since everybody has registered his or her number when you call and then you play pranks with our lines, we will give your details to the National Security and the BNI and then they will do the needful by arresting and prosecuting you.”

“We want to assure the public that anybody who is found in that manner would be published. We would take pictures and publish such stories and give it the prominence that it needs throughout the various media channels,” he warned.

Fire in the Upper West Region

The total number of recorded fire incidences in the Region also soared from 161 reported incidents to 193.

Arrest Any Chief Involved In Galamsey - NPP Communicator
9 minutes ago