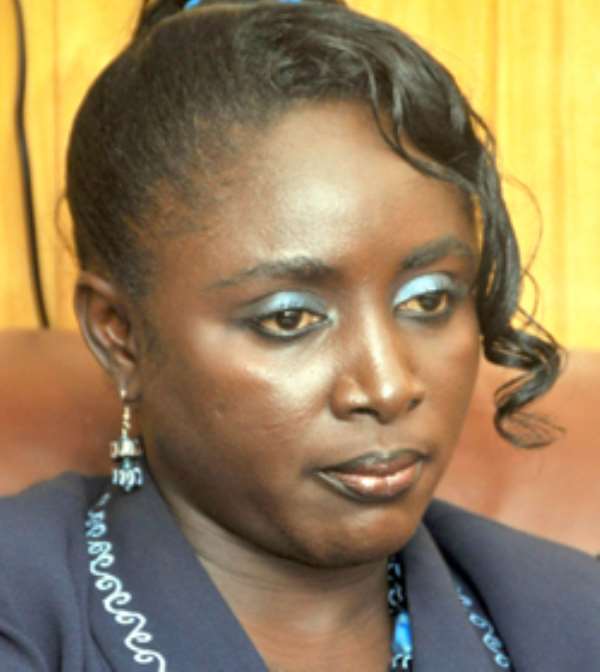 At the recent “Tikusayi” protest demonstration against the Electoral Commission’s very apt and righteous decision to open a new National Voters’ Register, she was the one among all the present key operatives of the country’s main opposition National Democratic Congress (NDC) who put up the most compelling argument in favor of giving the Akufo-Addo-led government of the New Patriotic Party (NPP) four more years in office. Unfortunately, it well appears that most of the local and even the national media were not paying sedulous attention. Which was why instead of going with more truthful and relevant news headlines, such as “NDC Women’s Organizer Endorses Akufo-Addo for Another 4-Year Term,” or “Hannah Bissiw Roundly Rejects the Second-Coming of JDM,” we had this rather dull and quaint caption from the editors on the Modernghana.com News Desk: “Husbands Need Jobs, Not New Register – Hannah Bissiw” (1/11/20).

You see, Dear Reader, the Women’s Organizer of the National Democratic Congress said exactly all things that President Addo Dankwa Akufo-Addo has been working strenuously upon and successfully implementing around the clock, literally speaking, for the benefit of the ordinary Ghanaian citizen and eligible voter which the previous John Dramani Mahama-led regime of the National Democratic Congress woefully and, oftentimes, deliberately and callously failed to do for Ghanaian citizens and residents, such as the provision of ready access to a fee-free elementary, junior high and senior high school education, an unprecedented progressive policy initiative which the now-Candidate Mahama has vehemently and intemperately threatened to scrap, first thing, in the highly unlikely event of him being returned to Jubilee House.

You see, Dear Reader, not only are our able-bodied and academically and vocationally qualified youths now able to freely access our senior high school system, those who gain access therein are also generously and adequately supplied with all the high-end and hi-tech teaching and learning tools that they direly and really need to succeed in school and be prepared to effectively compete on the post-secondary job market and beyond. The former Atta-Mills-appointed Deputy Minister for Food and Agriculture, however, mischievously and conveniently forgot to add that under the Golden-Age Tenure of Nana Akufo-Addo, more sustainable livable income-making jobs have been created under the “Feed Ghana!” comprehensive agricultural policy initiative, which is also known as “Planting for Food and Jobs,” than the ethnocentrically composed executive operatives of the exclusively northern-born “Akonfem” Board of the veritable scam that was the so-called Savannah Accelerated Development Authority (SADA) could ever fathom or conceive and implement.

The Cuban-trained Animal Doctor or veterinarian would have done far better to explain to the teeming throng of protesters that jammed the streets of the Northern Regional Capital of Tamale, why former President John Dramani Mahama had criminally imported about 200 engineless hulking vehicular frames and structures in the name of the Ghana National Ambulance Service (GNAS). Instead, we had the Techimantia, Bono, native shamelessly crying for the recently Akufo-Addo-imported brand-new ambulances to be immediately put into operation, without the necessary and proper operational orientation and the requisite education of our Emergency Medical Services responders and operatives having been provided, as is presently being done by the Akufo-Addo- and Kwaku Agyemang-Manu-supervised Ministry of Health.

You see, Dear Reader, the sticky problem that the NDC’s Women’s Organizer has in sticking it to the Akufo-Addo-led Administration of the New Patriotic Party, as it were, is the fact that all the programs and policy initiatives presently in operation have been preplanned and functionally assessed, before being officially implemented, including, of course, the implementation of the recently proposed creation of a new and credible National Voters’ Register.