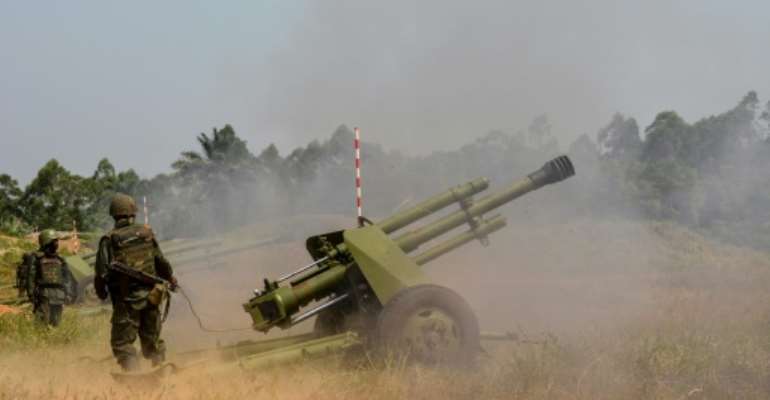 The army suffered the losses during an offensive against the Allied Democratic Forces (ADF) militia near the border with Uganda. By Alain WANDIMOYI (AFP/File)

The army captured the ADF's headquarters during the battle at Madina, and killed 40 rebel fighters, including five of their leaders, Hazukai added.

On Friday, the cabinet posted a tweet on the prime minister's account congratulating the army on their capture of what they described as the one of the last bastions of the ADF.

North Kivu sits on the border with Uganda. The ADF, rebels originally from Uganda, has been waging a campaign of violence in the east of the Democratic Republic of Congo for years.

Hazukai described them as "Islamist fundamentalists".

The army announced its campaign against the ADF on October 30. The rebels are accused of having killed more than a thousand people in the Beni region, in the northern part of North Kivu, since 2014.

ADF fighters killed at least 150 civilians over November and December in reprisal according to official sources and local groups. That rising toll has sparked anger over the authorities' response.

There have been demonstrations in the city of Beni, where local people accuse the UN peacekeeping force MONUSCO of failing to protect them. At the end of November, local people looted a MONUSCO base there.

Since then, the UN force and the army have announced joint patrols in the region.

The ADF began as an Islamist rebellion hostile to Ugandan President Yoweri Museveni.

It fell back into eastern DRC in 1995 and appears to have halted raids inside Uganda. Its recruits today are people of various nationalities.