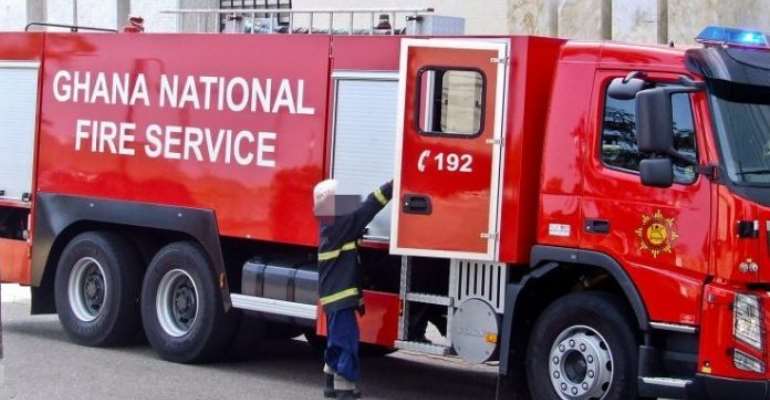 The Ashanti Regional Command of the Ghana National Fire Service (GNFS) has said it has taken a tough stance against persons who place prank calls to its emergency lines.

A prank call, also known as a crank call, is a telephone call intended by the caller as a practical joke played on the answering person. It is also referred by others as a type of nuisance call.

The situation is not peculiar to the Ghana National Fire Service (GNFS) as the police have also had the cause to complain about such behaviour by a section of the public.

The trend, though not an exception for fire officers in the Ashanti Region, it is on the ascendency as 42 of such calls were recorded in 2019 as against seven in 2018.

The Public Relations Officer of the Ashanti Regional branch of the Ghana National Fire Service, ADO1 Ackah Desmond Essoun said it is very unfortunate to have them move a fire tender with the blurring siren and top speed just to realize there is no fire outbreak after getting to a particular scene.

He said prank calls continue to pose a challenge to the operations of fire officers in the region and bold steps have been taken to ensure that the trend is halted completely.

According to him, the command is collaborating with the Bureau of National Investigation (BNI) and the National Security to track, arrest and prosecute persons engaging in such activities.

This he said will serve as a deterrent to other members of the public who will want to engage in similar acts.

“One thing that we have realized as a challenge now is the public. Some of them play with our emergency lines. We will throw a caution that this time around since everybody has registered his or her number, when you call and then you play pranks with our lines, we will give your details to the National Security and the BNI and then they will do the needful by arresting and prosecuting you,” he warned.

He indicated that such persons will also have their pictures and the details of the crime committed published in the national dailies and other news portals in order to deter others from engaging in the act.

The Ashanti Region has recorded 71 cases of fire outbreaks from the beginning of January 2020 with majority being domestic fires.

Out of the number, 24 of those fires were already put out by concerned members of the public before fire officers even arrived at the scene.

The Ashanti Regional Command of the Ghana National Fire Service (GNFS) has attributed the positive public response to firefighting to its continuous sensitization and pledged to do more to reduce fire incidents.

There was a marginal increase in incidents of fire in 2019 as against 2018.

Between January and November 2018, the region recorded 946 fire outbreaks as against 950 fires in 2019 within the same period.

The command said it will continue to educate the public on fire safety measures and continue to deploy its officers to communities and the hinterlands to sensitize the general public.

Mr. Ackah Essoun also said the command will be undertaking a dawn broadcast where officers move from one community to the other to sensitize the public on the dangers of fire and how they can handle it properly should there be an outbreak.