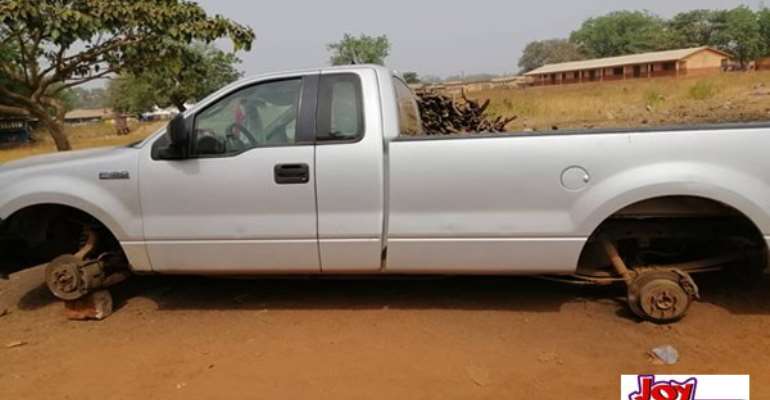 The youth say they are tired of being used by people for their personal gains.

Some angry youth in the Tamale Central constituency of the Northern Region have seized a vehicle belonging to the New Patriotic Party (NPP) chair of that area.

They claimed Alhaji Mohammed Ibrahim has reneged on a promise to secure them jobs prior to the 2016 general elections.

The coalition of youth groups including ward executives have deflated the tyre of the pickup vehicle and are in possession of it.

Spokesperson of the group, Shira Majeed, who spoke to JoyNews said, the executive promised them while in opposition that if they worked hard, and the party won the elections they will be rewarded with jobs.

Three years after Nana Akufo-Addo won the Presidential election, however, they are yet to see any of the things they promised, he stated.

He claimed the party executives abandon them and never stepped foot into the area since they came into power only to appear in another election year.

Majeed said they have taken them for granted and only remember them when it is an election year, therefore, their actions. They are tired of being used by people for their personal gains, he added. 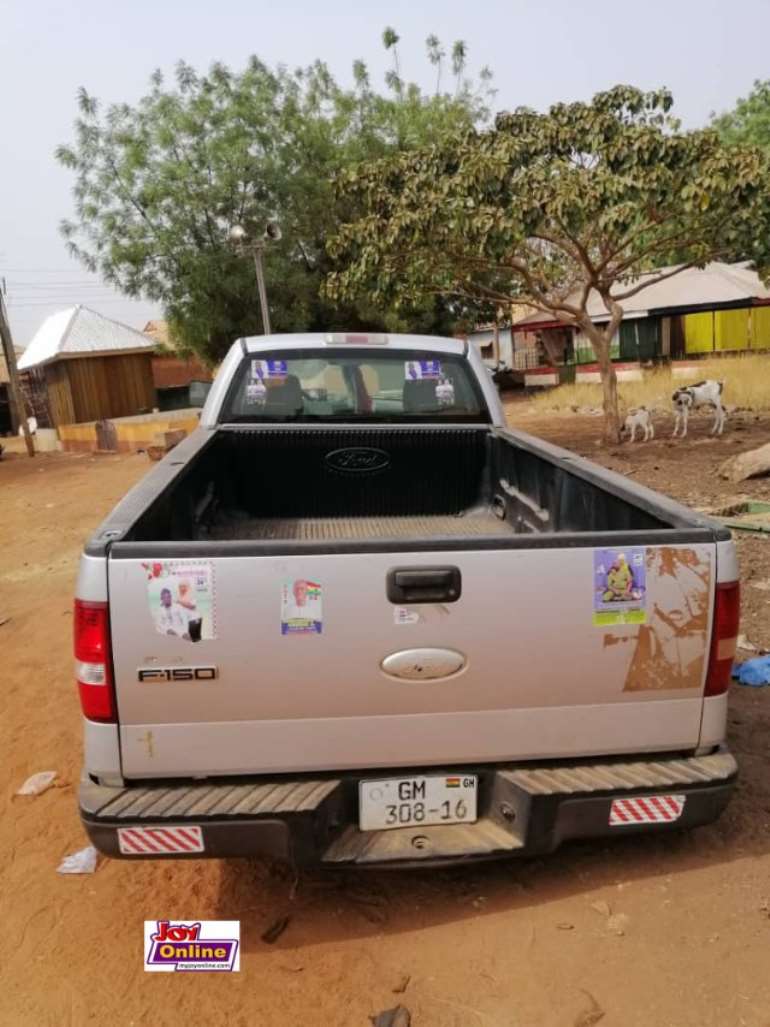 When JoyNews contacted the Tamale Central NPP chairman, Alhaji Mohammed Ibrahim admitted, “the vehicle is in possession of the boys.”

He said accusations were levelled against the executives of having seized contracts meant for the boys which were not true and so there was the need to engage with them on some of the issues.

Alhaji Mohammed said, the ‘Zogbleli’ group was the eighth group they were meeting Friday night to engage them to resolve their differences and work towards whipping interest in the proposed new voter’s register.

He said when the meeting began tempers started flaring and he suddenly heard a loud noise. When he asked what was happening. he was told the boys had started loosening his vehicle tyres.

The party chairman said he did not react because the boys were angry but revealed they (the boys) went too far by beating the constituency’s deputy Nasara Coordinator.

Alhaji Mohammed said, he has decided not to press charges “because it’s a party matter.” He expects the matter to be resolved amicably at the party level.