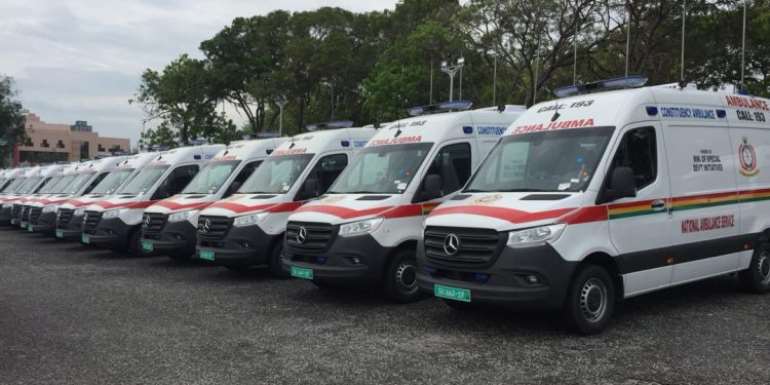 The issues arising out of the procurement of ambulances for the various constituencies is as a result of inadequate planning and communication on the part of government.

“The government doesn't seem to have communicated all of these in a structured manner for us to begin to understand this. Now you have these things [the ambulances] hurriedly brought into the country because we [the government] want to cut the sod and say we said we'll do it and we have delivered without looking at all the things involved,” Selorm Branttie, a Vice President at IMANI Africa opined.

He made the comment on Citi FM/Citi TV‘s news analysis programme, The Big Issue on Saturday on the back of government’s postponement of the distribution of ambulances meant for the various constituencies.

The ambulances were initially set to be commissioned on 6th January 2020.

But the Ministry of Health, on behalf of the National Ambulance Service, pleaded for the postponement of the commissioning of the ambulances, stating that it needs more time to critically assess and conclude technical issues regarding the deployment of the ambulances for effective and efficient emergency response.

But Selorm Branttie said government did not think through well enough before making the move of acquiring the ambulances.

“So right now you have too many things that have not even been set up well enough…and then you are still rushing to say that these ambulances should be put there. For me I think that right from the beginning, we did not think this through in a matter that will cascade well enough,” he argued.

Mr. Branttie further suggested that going forward, the government must not involve politicians in solving the current issues associated with the ambulances, but rather experts who can actually tackle the situation.

He noted that: “if we want to make this thing work, then the stakeholders who are really professionals should be allowed to do this thing without the interference of politicians because these politicians do not understand these systems. Then they are the ones who end up making big stories because they are dying from heart attacks and strokes in their rooms but no one cares about the rest of us.”

President Nana Akufo-Addo, following a promise he made to Ghanaians, announced the arrival of the first batch ambulances for all 275 constituencies in the country in September 2019.

The first batch numbering about 48, arrived in the country on Thursday 12th September, with a promise that the next batch will arrive in the country by the first week of October 2019. 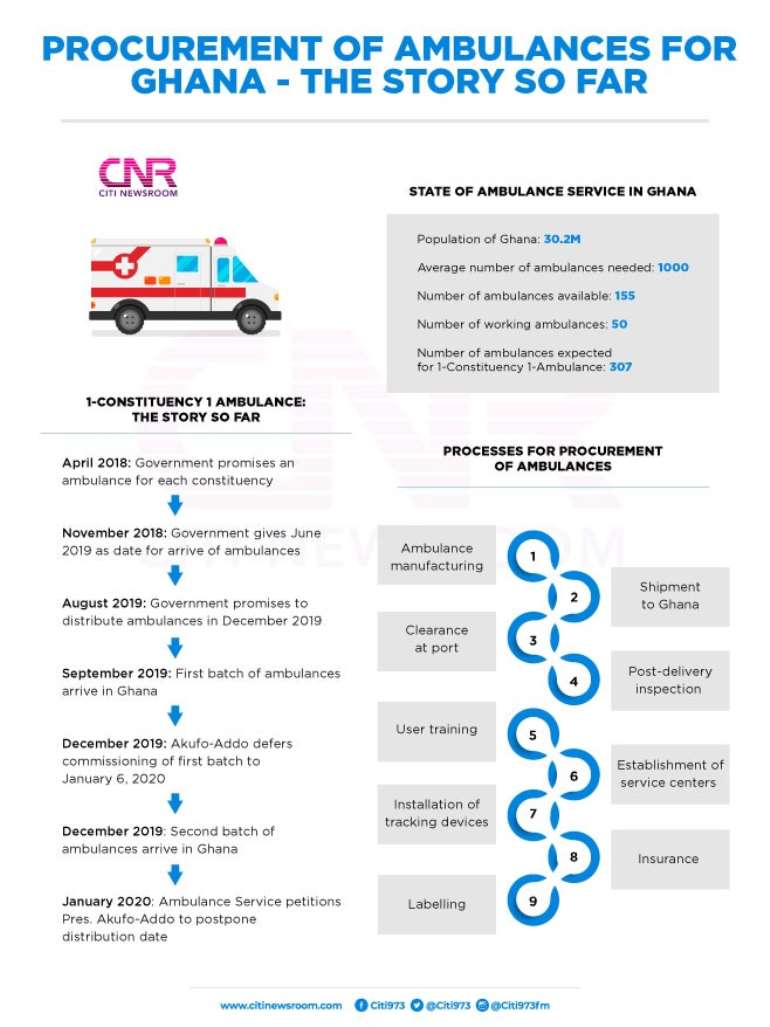 The second batch came in, adding up to the first to make a total of 96.

Ambulances to be commissioned on January 28

Meanwhile, according to the Health Minister, Kwaku Agyemang Manu, the ambulances will be commissioned and deployed on January 28, 2020, regardless of if they have all arrived in the country or not.