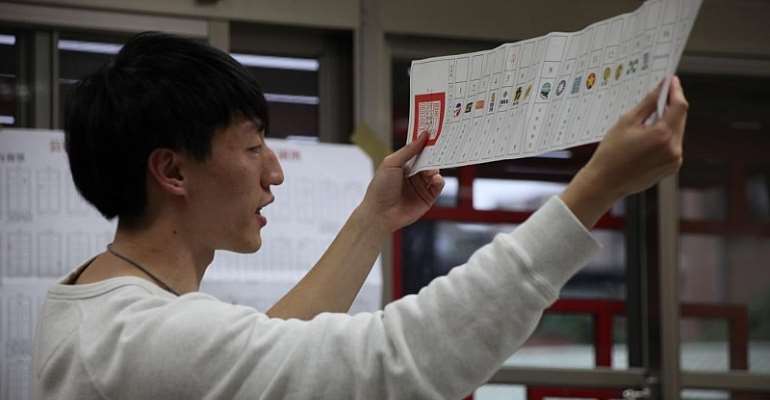 Taiwan's President Tsai Ing-wen, of the Democratic Progressive Party (DPP) won Taiwan's presidential elections with a comfortable 57%(of the vote beating her rival, Han Guoyu of the opposition Kuomintang (KMT), who won only 38%. Beijing will be furious, and tensions across the Taiwan Strait are set to rise dramatically.

“We have shown that when our sovereignty and democracy are threatened, the Taiwanese people will show determination,” said Tsai in her victory speech.

She stressed again that Taiwan rejects Beijing's “pressure” and its “one country-two systems” philosophy, which it uses to slowly suffocate Hong Kong's semi-autonomous system.

She also left the door open to “dialogue,” but said that China “must abandon threats of force.”

“I voted for the President,” Wang Wen-yung, a man in his late fifties, explained to RFI English. “You cannot trust China. Look what they do in Hong Kong,” he says, indicating that the Hong Kong issue may have played a crucial role in the spectacular comeback of Tsai, whose party suffered spectacular losses in local elections just one year ago.

But Beijing's stubbornness to live up to its promises to let Hong Kong's liberal democracy blossom and the resulting riots proved to have been the turning point for Tsai's political fate.

One KMT supporter, who only gave his name as “Lee” said that “this fear of China is nonsense.

“The Chinese army is in Hong Kong. We have our own army. They cannot beat us, there is nothing to be afraid of.”

No mistakes
Polling started at 08:00 local time in some 10, 000 polling stations around the country. Long lines formed, and people waited patiently. They voted for president, vice-president, and the members of Parliament.

One policeman, who was part of the crew of officials that oversaw voting in the Ku Ting Elementary School at Chong-nan Road, pointed out that voting was done with paper ballots, as “we don't trust electronics,” like some states in the US do  and which often leds to accusations of irregularities.

People came to vote in four classrooms, and the counting was open to the public.

There was little chance of mistakes as each ballot was carefully lifted out of the ballot box by one monitor, given to a second who would hold it high for everyone to see while he called out the party voted for.

That name was then repeated by two others before a last monitor would put it on the blackboard. Polls closed at 16:00 local time, and counting would take several hours before the final results were reached.