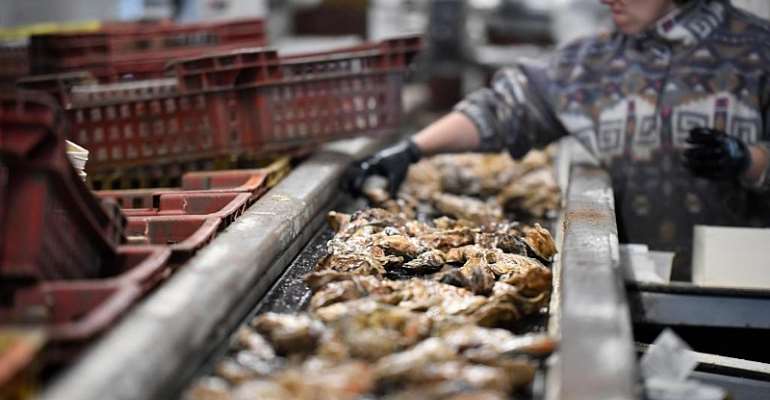 Untreated sewage is believed to be the cause of oyster gastroenteritis in Brittany, on France's north-western coast, where some 200 shellfish farmers have been banned from selling their oysters.

Suspect batches have been withdrawn from sale in the bay around Mont-Saint-Michel and Hirel, as well as in the Morbihan, a picturesque department in southern Brittany famous for its enclosed sea, the Gulf of Morbihan.

Any contaminated oysters already sold and distributed have been recalled, while farmers in affected areas are prevented from harvesting, collecting, shipping or marketing their oysters until further notice.

The farmers say wastewater is to blame for the outbreak of norovirus, or the winter vomit bug, along the coast – accusing authorities of being “incapable of protecting the coastline”.

In a petition, the Morbihan Oyster Alliance is demanding substantial compensation for farmers. It says elected officials are too busy working to attract people to the region, “signing building permits with a vengeance”, to properly manage human waste.

“Human sewage outflow should be treated with antivirals and oyster production areas should be kept a sufficient distance from sewage outflows,” says Frank Boelaert, a senior scientific officer with the European Food Safety Authority's biological hazards and contaminants unit.

Oysters are filter feeders, which means meaning they eat by pumping water through their bodies. As well as food particles, such as plankton and algae, they can also absorb viruses present in the marine environment.

“The oysters carry it [the virus] in their digestive glands … they become contaminated, but they have no symptoms,” Boelaert explains, adding that the norovirus is transmitted among humans via the faecal-oral route, which means a lack of hygiene.

The South Brittany Regional Shellfish Farming Committee (CRC) estimates that 150 of the Morbihan's oyster businesses have been contaminated by norovirus, affecting thousands of jobs.

“We have been struggling with gastroenteritis since Christmas, but the discharges aren't always handled correctly,” CRC president Philippe Le Gal told French radio. “This leads to the virus being spread to the maritime environment.”

The CRC is calling for an investigation into the origin of the contamination, and into the manner in which sanitation systems are managed.