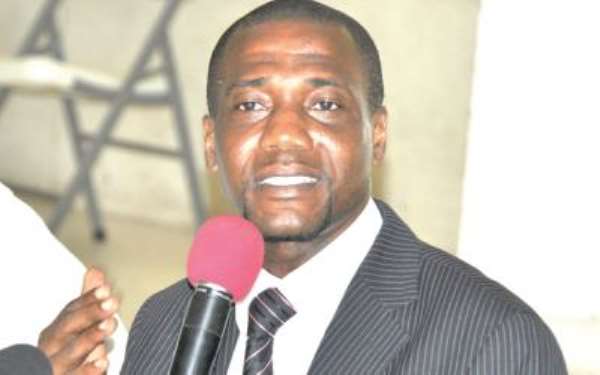 The Independent Presidential Candidate in 2012 and 2016, Jacob Osei Yeboah has welcomed the move by the Electoral Commission of Ghana to compile a new voters’ register for the December polls.

According to him, the woeful delay in Ghana Identification Card registration by the National Identification Authority (NIA) would be difficult for the Electoral Commission to conduct credible elections in December hence the EC has to rely on a more certain means of credible, smooth and efficient elections.

The Progressive People’s Party (PPP) has stated that the Electoral Commission cannot compile a new voter register without Ghanaians first obtaining their Ghana Card, which is being issued by the National Identification Authority (NIA) across the region.

Meanwhile, The Electoral Commission in response has rejected calls for it to depend on the Database of the National Identification Authority (NIA) in the quest to compile a new voters’ register for the December polls.

According to the Commission, the NIA has no timelines in its data compilation exercise making it impossible for the EC to resort to their system since they have timelines to their work.

In a statement copied to thepressradio.com , Jacob Osei Yeboah popularly, called JOY 2012 stated that all Ghanaians who yearn for peaceful elections will support the call of the EC for a new Biometric Voter Management System. The security and certainty biometrics bring to the process cannot be denied.

Indeed, all Ghanaians who yearn for peaceful elections will support the call of the EC for a new Biometric Voter Management System. The security and certainty biometrics bring to the process cannot be denied.

The call by the EC follows from the woeful delay in implementation of the National Identification System by the NIA . This left the EC with no choice but to rely on a more certain means of credible, smooth and efficient election 2020; the Biometric Voter Management System (BVMS)

New BVR Justifications
The Supreme Court in 2015 ruled that there should be a cleaning of the voters register. Nevertheless, the tedious CI94 process of cleansing the register made it unable for the EC to clean the over 650,000 deceased Ghanaians in the register. Currently, the dead by extrapolation might be 910,000 in 2020 .

Jacob Osei Yeboah, Independent Presidential Candidate (2012 & 2016), took the EC to court to insist on the cleaning before the 2016 elections. His fears were confirmed after it was revealed that Charlotte Osei had internal quarrels with her deputies on related subject matter with perceived creation of ghost Polling Stations. A new BVR will surely minimise the temptation and improve the credibility.

Apart from the issue of dead people in the BVR, the EC had also taken steps to improve the electoral process. The EC had shared with IPAC members, a documentation that sought to expatiate on the ECs plan to have total ownership and control of BVR. This is because our current system has foreign influence coupled with high maintenance costs, vendor lock-in controls etc.

Unarguably the key reason for the need for the new BVR is because the current TTfingerprint data/ Biometric Template is stored in a format which cannot be recovered to the original fingerprints images of voters. This means that the EC cannot process the fingerprint data in any other hardware or software apart from that of the old vendor, STL. The data is therefore useless without STL software or hardware.

Jean Mensah deserves applause for the forward-thinking vision to undertake this new BVR exercise. This will enable fingerprint data captured to be saved in a format that can be easily accessed and converted to an internationally accepted format known as Wavelet Scalar Quantization (WSQ). This format can enable the fingerprint image meet Personal Identification Verification (PIV) worldwide standard.

The New BVR will give the EC competitive edge in negotiations for the services of vendors and more importantly her own IT personnel to undertake maintenance at comparatively lower cost to the nation.

In a recent presentation by one of the Vendors for the New BVMS, IDEMIA GLOBAL SOLUTIONS, with successful implementation in India, Ivory Coast and other Africa countries demonstrated how the verification could be done simply and voters could even be directed to the right Polling Station for voting.

With our current system, a voter has to be manually verified in the Paper Register, the BVD then scan their QR code before they can be verified for voting at that Polling Station. Also, in case of a Voter being at the wrong Polling Station, it is impossible to direct to the right Polling Station to cast his/her vote.

can assist in successful implementation. It is important that a seamless procedure be adopted for those who are already in the old BVR to use their Voter ID as verification and justification to get their new fingerprint image to be stored in the WSQ format.

The exercise should also include all those who have turned 18 years and more importantly those who will turn 18 years as at 7th December, 2020 to have the opportunity to also exercise their voting rights.

Why NDC and other Political Parties are Apprehensive

The NDC and other political parties are apprehensive not because they believe the EC is not capable of organising this new registration. But because of the seemingly undue influence the Presidency has on the EC.

A recent example is when the Presidency is perceived to have clandestinely influence the EC to withhold the release of a report on the inspection of Political Party offices; a report which is a constitutional requirement of Article 55 (7) and Political Parties Law Act 574. Since 26th March of 2019, this report has still not been released, when the Daily Graphic reported the deployment of Inspection Team and logistics by EC.

We therefore, call on all stakeholders to urge the EC to release the said report ASAP, so we can all get to know more about our Political Parties.

Sovereign Duty Call to All Stakeholders
I call upon all well-meaning and peace-loving Ghanaians to support the Jean Mensah led EC to achieve this landmark. The National House of Chiefs, the Religious community, the media and all responsible CSOs should be part of the solution in implementing the new BVR.

The Independent Candidates Association of Ghana (ICAG) fully support the EC and are hopeful that the Faith-based Community would participate in the new BVR exercise. We also anticipate that for the first time, the Christians and Muslims will sponsor Polling Agents to participate in the 2020 elections so as to serve as peacemakers to help with the coalition of results.