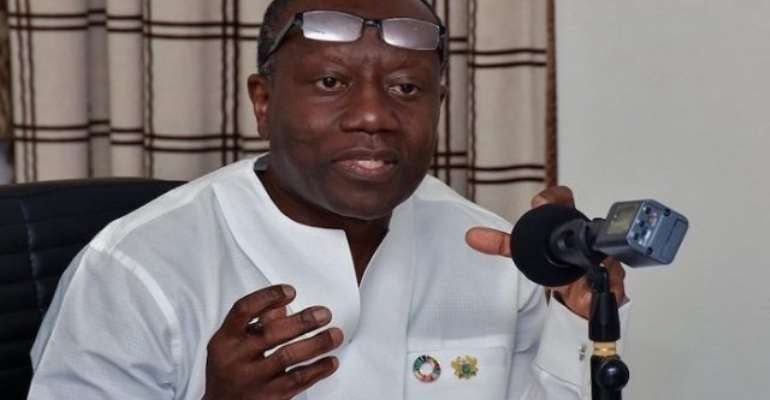 Ken Ofori-Atta is the Finance Minister

The World Bank’s latest economic growth outlook report for the year 2020 is projecting a 6.8 per cent growth rate for Ghana by the end of this year.

This would make Ghana the third country in Africa to record the highest GDP growth rate for this year after Ivory Coast and Rwanda.

According to the Report, Rwanda would record the highest growth in Africa with 8.1 per cent, followed by Ivory Coast with a 7.1 per cent and jointed on the third position Ghana and Senegal with 6.8 per cent.

This could mean that even though growth had slowed for Ghana compared to what it secured for 2019, it still stood out as one of the best on the continent in terms of the projected growth to be realised.

The World Bank’s projection of the 6.8 per cent is similar to what government has also projected for the end of this year.

The development may give some comfort to investors and the country’s development partners about the credibility of these Macro-economic targets, which would impact positively on planning.

Government has already met one of its crucial economic targets by ending 2019 with inflation at 7.9 per cent.

The World Bank in the report is also raising concerns about the rising debt stock in the region and how that could impact negatively on economies in Africa.

According to the Bank of Ghana (BoG), the country’s total debt stock ending September this year is about ¢208 billion, however, based on the IMF projection, this could increase further when it computes the final numbers for 2019.