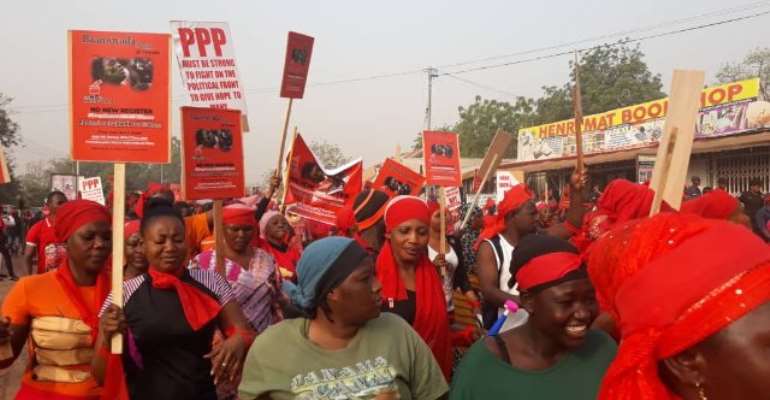 Members of the Inter-Party Resistance Against New Voters’ Register (IPRNA) have currently converged at the Tamale Jubilee Park also known as Police Park to begin their planned demonstration against the compilation of new voters register for election 2020.

The members, running into hundreds and thousands have 'sworn' tooth and nail to resist any attempt, either covertly or overtly, by the Jean Mensa led EC to compile a new voters' register.

The claim by the EC has provoked many Ghanaians and division among political parties with the notion that the EC and the ruling NPP are up to something sinister.