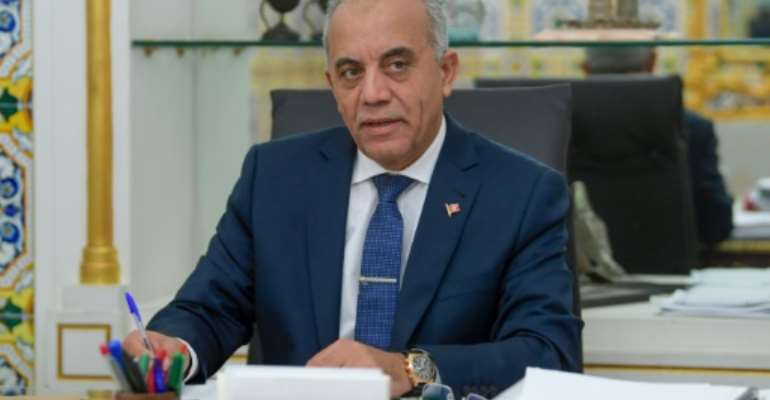 Habib Jemli was nominated by the Islamist-inspired Ennahdha party after it came out top in legislative polls. By FETHI BELAID (AFP/File)

Jemli, an independent, was nominated by the Islamist-inspired Ennahdha party after it came out top in legislative polls in October but failed to win enough seats to form a majority in the 217-seat chamber.

Deputies voted 134 to 72 against Jemli's proposed government of independent figures due to "frictions" between the parties over political appointments.

President Kais Saied now has 10 days to choose a new prime minister-designate who will attempt to put together a government acceptable to the assembly.

An agricultural engineer by training, Jemli served as secretary of state at the agriculture ministry from 2011 to 2014 under Ennahdha prime ministers Hamadi Jebali and Ali Larayedh.

Ennahdha said its choice was "based on a person known for his competence, integrity and experience in administration".

The vote is a big setback for Ennahdha, which has been directly or indirectly in power for a good part of the last nine years and it risks delaying reforms needed to revive the stuttering economy.

Illustrating the difficulties for the divided political class to form a strong and consensual government, Ennahdha had admitted Thursday to having "reservations" over the team presented by its own candidate.

Elected anti-Islamist Abir Moussi said: "We will not give our confidence to a government of Ennahdha and the Muslim Brotherhood."

Other lawmakers questioned the competence of certain ministers.

Qalb Tounes, the party of television boss and defeated presidential candidate Nabil Karoui and the second biggest in parliament with 38 seats, deplored the lack of independence and the programme of the proposed cabinet.

Observers and members of civil society had castigated the appointment of magistrates regarded as pro-Ennahdha to head key ministries such as justice and the interior.

The constitution stipulates that if the prime minister-designate fails to receive parliamentary assent for his government, the president will launch talks with political parties and parliamentary blocs to mandate someone else to form an administration.

President Saied, who was also elected in October, has no natural allies in the chamber and there is little sign of possible alliances to form a new government coalition.

If Saied's candidate also fails to form a government, the next step would be dissolution of the assembly, risking further delays to measures needed to curb inflation and unemployment.

In 2016 the International Monetary Fund approved a four-year, $3 billion loan for Tunisia in return for major reforms, some of which are disputed.

Due to delays, the country has only received about $1.6 billion so far, while the facility ends in April and the first repayments are due in November.

Since the 2011 revolution that toppled long-ruling president Zine El Abidine Ben Ali, Tunisia has been trying to revive a struggling economy but unemployment continues to affect the population, especially the young, and inflation is eroding an already low purchasing power.