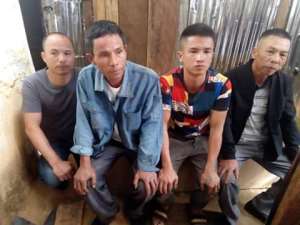 Four Chinese Nationals have been arrested by the Inter-Ministerial Committee on Illegal Mining (IMCIM) at Nyinahin Kyekyewere in the Atwima Mponua District in the Ashanti Region for engaging in illegal mining.

This follows a routine intelligence-led operation conducted by the Monitoring and Evaluation Team of the Inter-Ministerial Committee on Illegal Mining (IMCIM) under the auspices of Staff sergeant Francis Assibi Abu.

At the end of the operation, the four Chinese illegal miners were arrested for settling in and preparing to perform illegal mining activities. The suspects have been handed over to the Obuasi Central Police Command together with their tools and equipment.

After confiscating a scale, carpets, 2 Batteries, 3 handsets and Grease, the police are expected to investigate and prosecute the suspects in their custody.

Speaking to the media, Sergeant Francis Assibi Abu who led the operation said the IMCIM is committed to weeding out all illegal operatives from the mining industry to save the country's water bodies from being contaminated.

“The IMCIM team remains focused in sanitizing the illegal mining sector”, he observed.

He further indicated that the committee has re-strategized to combat the crime since the miscreants continue to adopt sophisticated methods to outwit them.

Sergeant Assibi Abu advised all unseen hands aiding the Chinese to stop in their own interest before the law catches up with them. 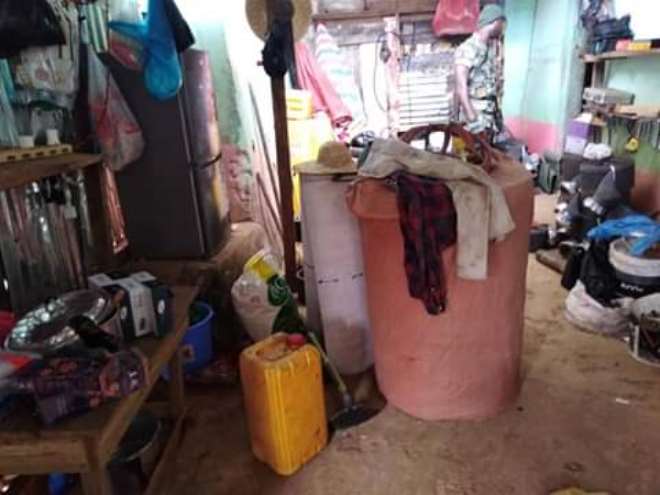 How An ‘Aboboyaa’ Saved the Life Of Hon. George Andah
12 minutes ago