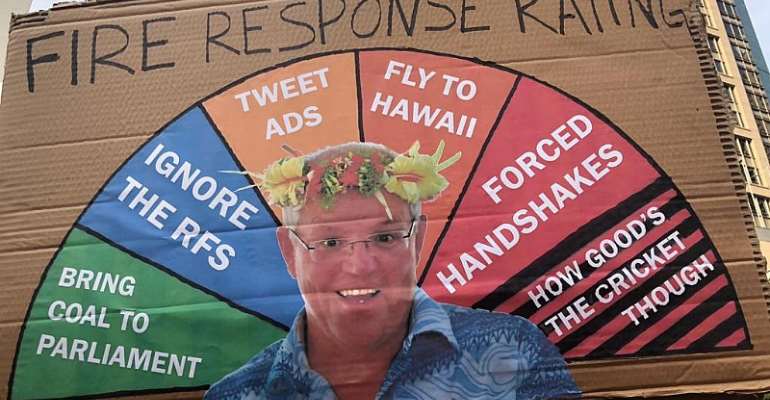 Tens of thousands of Australians rallied in Sydney and other cities on Friday calling on the conservative government to tackle global warming and cut back on fossil fuels. This as the country faces an unprecedented deadly bushfire crisis.

At least 26 people have died since blazes broke out in the country's south east in September and more than 2,000 homes have been destroyed.

There has been increasing anger over the cause of the fires, with some Australians accusing Prime Minister Scott Morrison's government of failing to act on climate change and supporting coal mining that has contributed to global warming.

Demonstrators held up signs including "change the politics not the climate" and "trust the science", and called for Morrison to step down.

RFI to one such protester Brian Cunningham, an architect from Sydney.

He described the rally near Town Hall as jubilant but angry.

Words were not wasted in describing the disdain for a government which he says has clearly ignored the warning signs put forward by climate change experts many months ago in relation to the fires.

He says the fires have been a wake up call to the public and he hasn't seen such public anger in years.

Meanwhile, a "state of disaster" was extended 48 hours ahead of Friday's forecast of scorching temperatures, and evacuation orders were issued for areas around the New South Wales-Victoria border.

New South Wales Premier Gladys Berejiklian said there were more than 130 fires burning in the state, with just over 50 not yet under control.

Australia experienced its driest and hottest year on record in 2019, with its highest average maximum temperature of 41.9 degrees Celsius recorded in mid-December.

Anti-LGBTQI+bill not to engender hatred for persons, meant t...
43 minutes ago

JB’s two phones tendered in as evidence
43 minutes ago