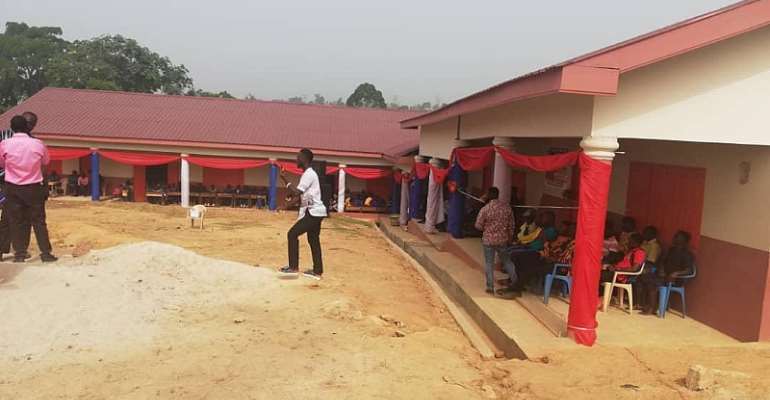 The Member of Parliament (MP) for Sefwi Wiawso in Western North Region, Dr. Kwaku Afriyie has inaugurated some classroom blocks for three communities, to improve access to education in the area.

These projects were funded through the MP's share of the Common Funds.

In separate remarks made at the three colourful ceremonies, Dr. Kwaku Afriyie who is also a Minister of State noted that the condition of the old classroom block at the Ampabame was very bad and posed danger to pupils hence the intervention.

"The selection of Ampabame was done on the basis of merit having considered the deplorable nature of the old structure which became a death trap. I am however, convinced that, this school can now serve all the adjoining villages around, Abijanline, Abouso, Nyamebekyere among others for the sake of comfort of their parents and the kids as well", he said.

According to him, the sod cutting for construction of the projects was held on August 13, 2018.

He continued, "I feel very much pleased to see many parents, media friends all coming to grace this colourful and momentous occasion. First of all, I would like to extend my sincere congratulations to the completion of the three (3) projects. At the same time, let us be thankful as a means to show utmost appreciation to those who have made tremendous efforts and contributions to the execution of the very projects we are commissioning today."

The MP, seized the opportunity to reveal to the gathering that he had secured a scholarship package for 80 students to pursue various courses at the tertiary level.

To this end, he said plans were far advanced to sponsor more students this year.

"As part of my support towards education, my leadership has been able to secure a scholarship package for 80 students to pursue various courses at the tertiary level. As a matter of fact, plans are far advanced to sponsor more in this year, 2020.

"It is my fervent hope that, with the cooperation of the Municipal Directorate of Education, more projects will be pushed forward smoothly and quickly in the coming days", he added.

He thanked Joeseth construction limited for providing free consulting services for all his projects.

"I would like to express my sincere thanks to the consultant (Joesetth construction limited), for the Free consulting services for all my projects, The unit committee members, the municipal assembly, chiefs and the people of Ampabame, Adewano and Aboboyaa for their selfless sacrifices", he acknowledged.

He emphasised, "I would like to express my sincere thanks to all the management and staff of the commissioning schools, and local workers for their hard working and efforts. Finally, I would like to extend my handful appreciation to the Municipal Director of Education for his immence support".

He claimed that under the 12-year leadership of the former MP for the area, Hon. Paul Evans Aidoo students were not provided with such a befitting classroom blocks.

He commended his Constituency Executives for working tirelessly towards the early completion of the projects.

"I would be ungrateful if I don't commend my hardworking Constituency Executives for working assiduously towards the early completion of this edifice. It is worthy of note that, in the entire 12 years of the former Member of Parliament Hon. Paul Evans Aidoo, students were not provided any such befitting classroom block". 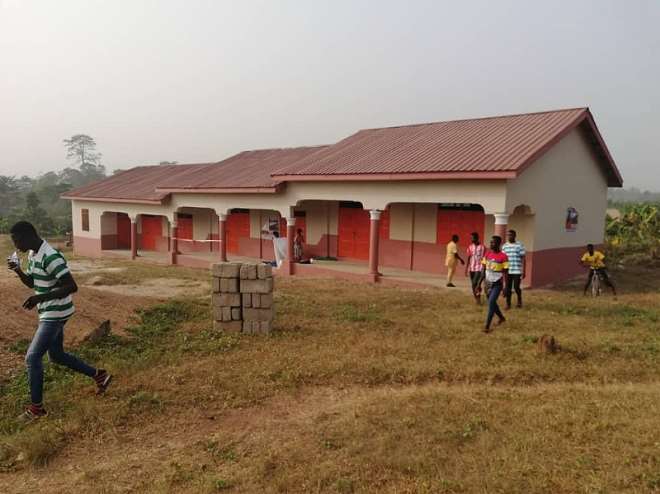 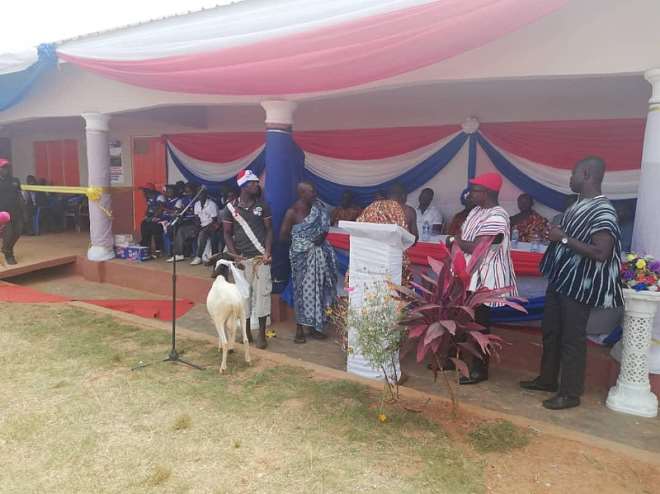