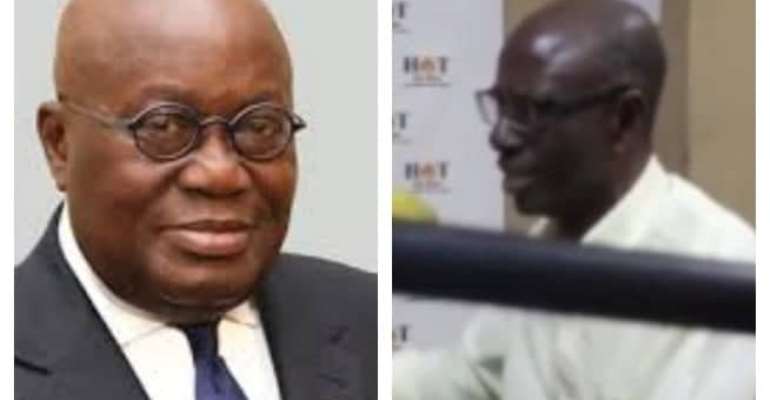 Former NPP Member of Parliament for Asene/Akroso Manso Constituency in the Eastern Region, Hon.Yaw Owusu has accused President Akufo-Addo- of allowing his MPs and Ministers to become very violent than the opposition National Democratic Congress (NDC).

According to Hon.Yaw Owusu, people within the party are brutalised during primaries but Nana Addo sits aloof and watches all these heinous acts to happen without authoring a word.

The former Asene /Akroso Manso Constituency MP Made this accusation in an interview on “Dwene Ho Bio” hosted by Kwabena Owusu on Accra-based Hot 93.9FM while answering a question in line with whether the ruling party has been very fair to him after losing his seat.

He said, “In my area, we couldn’t have our primaries…People were being beaten , some were shot etc…I thought the NDC were the ones fond of doing that, but now we have surpassed them…we are more violent than them, sharing money to people during primaries..it’s bad.”

He continued, ”We have to be careful, I am not the only one complaining …all these dubious things are happening in all the regions– even in the Ashanti Region…we are the real democrats.. JB Danquah who happens to be President Akufo-Addo’s uncle, Dr Busia frowned on what is happening now..Even during his(Nana Addo) father’s regime such brutalities within the party never happened.”

There is a growing tension within the members of the party (NPP) over an alleged instruction given by the Ashanti Regional Chairman of the party, Mr. Bernard Antwi-Boasiako popularly known as ‘Wontumi’ that all incumbent Members of Parliament (MPs) in the party’s stronghold should be allowed to go unopposed in the upcoming primaries.

Expressing his view on the matter, Hon. Yaw Owusu with much disdained accentuated that Chairman Wontumi has no right to make such declaration.

He advised President Akufo-Addo- to take frantic measures to curb the menace which is currently making the NPP unpopular in the country.

Kindly watch the interview in the video below!