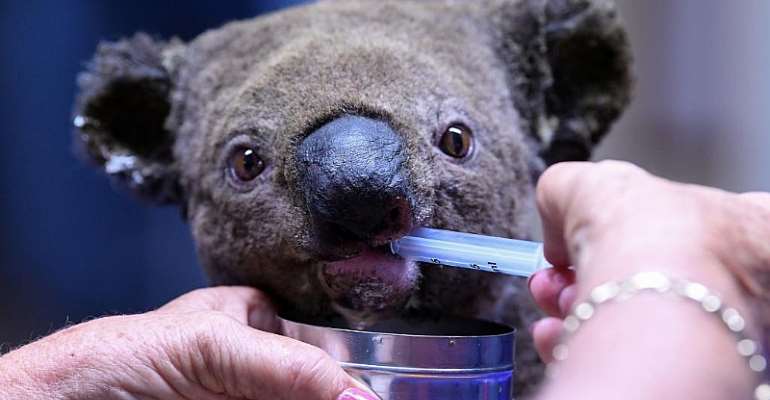 As Australia's bushfires continue to blaze, haunting images of koalas with singed fur, possums with burnt paws, or countless charred kangaroo carcasses have flashed around the world and have come to symbolise a nation and an environment buckling under the weight of a crisis fuelled by climate change.

The populations of less visible creatures, such as frogs, insects, invertebrates and reptiles, are also expected to have been devastated.

Experts warn that even those animals that survive face a perilous fight to stay alive.

"A lot of the animals die after the fire because they have a lack of food and lack of shelter," Mathew Crowther of the University of Sydney told the French news agency AFP.

"They could get eaten by other animals, or they can't get enough food for themselves."

In Victoria state, where the fire season is still in its early stages, veterinary surgeons said they have come across koalas, birds, wallabies and possums suffering from not just burns, but respiratory problems.

"Many are having to be humanely euthanised, but some are able to be saved, with a handful being returned to the remaining habitat, and three brought into care . . . so far," a spokeswoman for Zoos Victoria said.

Australia's extinction rate for mammals is already the highest in the world, but there are growing fears this year's bushfires could cause localised extinctions.

The bushfire emergency has sparked an online disinformation campaign "unprecedented" in the country's history, researchers said on Friday, with bots deployed to shift blame for the blazes away from climate change.

The fires have claimed at least 26 lives and destroyed more than 2,000 homes across Australia.

And they have also prompted misleading online claims about the extent of the blazes and a concerted campaign to blame the crisis on arson, rather than climate change, drought or record high temperatures.