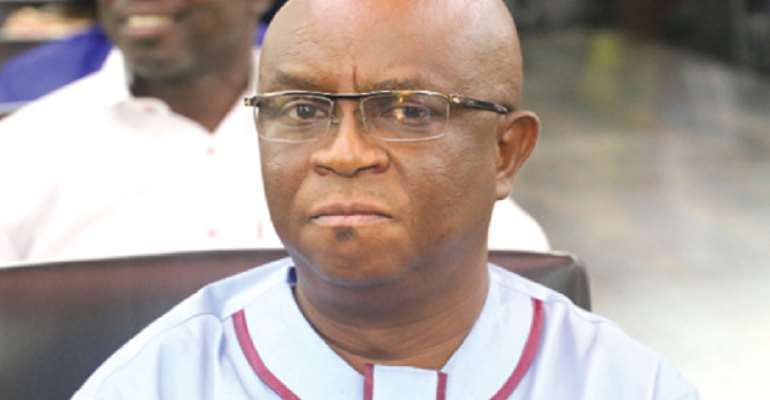 Media houses in the Volta Region that appear to be promoting activities of the alleged Western Togoland group will face the law as a threat to national security.

Volta Regional Minister Dr. Archibald Yao Letsa, who gave the warning, said presenters and journalists in such media houses risked being held liable for the same offence of the secessionists.

He noted that the National Security was on high alert against all movements championing the Western Togoland agenda, particularly the homeland Study Group Foundation (HSGF) led by 85-year-old Charles Kormi Kudzodzi, popularly known as Papavi hogbedetor.

The minister gave the caution in Ho recently when he and his municipal district chief executives (MDCEs) met with the media in the region. He chastised a community radio station in Sogakofe in the South Tongu District, Radio Tongu, for allowing its medium to be used to promote the group's secession.

“What they are doing is a threat to national security,” he said. Although there have been subtle moves to promote a secession in the country, the activities of the key actors heightened in 2019, especially in the Volta Region, where the HSGF is based.

The group in November 2019 declared the Volta and Oti regions, including some parts of the Northern, North East and Upper East regions, as a separate country called Western Togoland.

Immediately after the abortive declaration, the group's leader went into hiding while dozens of his members have been arrested and arraigned for various charges including treason felony.

A joint security operation led by the 66 artillery Regiment of the Ghana Armed Forces in the Hohoe municipality led to the arrest of more members of the group following viral photos and videos of what was suspected to be a militia of the supposed Western Togoland nation.

The octogenarian founder and leader who occasionally makes videos from his hideout has been declared wanted by the police.

“Some media houses have become a mouthpiece for the group, whose activities threaten the peace and security of the country. But I want to sound a word of caution to the owners and the presenters (of radio stations) that they will be held liable when National Security takes action against the group,” the minister stressed.

He, therefore, appealed to the media to be prudent in their coverage of the activities of the secessionists.