Of Victors And Vanquished: Biafra, 50 Years After 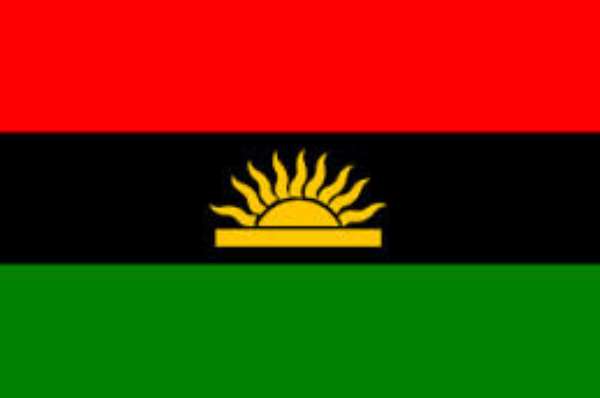 January 15 marks the 50th anniversary of the end of the Nigerian Civil War and the official end of the short-lived Republic of Biafra. It is unlikely there will be any national event to mark the occasion other than the annual Remembrance Day ritual which has become nothing but a cash cow for those involved in organizing the ceremony.

But the civil war was not only a defining moment for Nigeria, it has continued to define the country. As Prof. Yakubu Ochefu notes in the introduction to the 2013 book, Nigeria is Negotiable, “The corporate existence of the country has been tested twice. It was formally broken once (1967-70) and pronounced broken once (April 1990). It took a horrible civil war to restore the entity when it was broken and an equally brutal attempted coup when it was pronounced.”

Fifty years after the end of the civil war, what lessons have we learnt as a nation? It appears not much. At the end of the war in January 1970, when the remnants of the Biafra high command signed the article of surrender, the victors, the “Federal forces” proclaimed, “No victors, No vanquished.” Unfortunately, 50 years after, it has become evident that the cheque of “No victors, No vanquished” issued in 1970 is not cashable. The debate is still raging whether the war was necessary and if the region that became known as Biafra had a moral right to secede.

Answers vary depending on who is responding. But one thing is certain. That war was preventable if only the government of the day led by Yakubu Gowon was intent on presiding over a country built on justice and equity. Here is Gowon—quoted in The Man Died, the prison notes of Nobel Laureate, Prof. Wole Soyinka—not only appeasing the génocidaires but proclaiming a divine right to rule—a right that has become the refrain of the relics of the born-to-rule ideologues: “Fellow Northerners, Today, I want to direct this appeal specifically to you all…You all know that since the end of July, God, in his power, has entrusted the responsibility of this great country of ours, Nigeria, to the hands of another Northerner…Since January this year, when some soldiers put our country into confusion by killing our leaders, both political and military, the country has not recovered fully from that confusion. The sadness caused in people’s minds by the January event has led to troubles by civilians in the North in May, causing loss of lives. I receive complaint daily that up to now, Easterners living in the North are being killed and molested, their property looted. I am very unhappy about this. We would put a stop to these. It appears that it is going beyond reason to the point of recklessness and irresponsibility… That was Gowon as head of state in October 1966, nine months before the civil war began in July 1967.

Fifty years after, those who still live with the victors’ mentality that because a people were “defeated” in a civil war, they should perpetually stay under have remained in control of the country. Looking back, it appears the vanquished have not paid the full price—whatever that is—for daring to test the supposedly divinely ordained and non-negotiable corporate existence of the country. A little example will suffice. On Sunday, September 29, 2019, I arrived the Nnamdi Azikiwe International Airport wearing a T-shirt with the inscription, “We Are All Biafrans,” the title of my book first published in May 2016, later updated, and republished in November 2018. I was arrested by officers of the State Security Service (SSS) and detained for more than six hours, first at their office at the airport and later at their headquarters in the Aso Drive area of Abuja. The first question I was asked at the airport was, “You are a Biafran, how come you have a Nigerian passport?” I am not aware there is a sovereign nation called Biafra and I made that known to my interrogators.

That question was not altogether surprising but coming from what is supposed to be the nation’s elite intelligence agency, it struck me that we were in a deeper mess than I had imagined. We can play the ostrich as much as we want, but the truth is that the division that precipitated and characterized the civil war looms large. We will be deluding ourselves to think for once that the civil war is over. Everywhere you turn in Nigeria, the angst, fear and loathing that were the hallmark of the civil war impose themselves. Fifty years after the end of the civil war, we have expanded the scope of the vanquished. Our country is as divided, if not more divided, as it was at the beginning of the war in 1967.

Today, the chickens of impunity and injustice have come home to roost. Yesterday’s men who supervised this tragedy in its infancy are today looking for an easy way out. In 1996, exactly three decades after he became head of state, Yakubu Gowon, with the permission of then murderous dictator, Sani Abacha, set up “Nigeria Prays” “to put an end to the various problems plaguing Nigeria.” I am not averse to prayers, but we cannot pray our way out of the current mess whose origin goes back to more than five decades. In what looked like a bitter homecoming, the other retired general, the billionaire businessman, Theophilus Danjuma, who was front and centre in Ibadan in July 1966 when Nigeria’s second coup took place, was in the ancient city again in December 2019. This time, in a sombre mood, he told a bewildered audience: “If I tell you what I know that is happening in Nigeria today, you will no longer sleep.” This catharsis which ought to be amea culpa came on the heels of his earlier statement describing the Nigerian Army as an army of occupation. All I can say is, speak, general, speak! Say what you know. The country needs to reconcile its past with the present.

As part of the healing, on Monday, January 13, there will be a “Never Again” conference in Lagos to mark the 50th anniversary of the end of the civil war. Organized by Nzuko Umunna, a pan Igbo socio-cultural group comprising Igbo professionals both at home and in the Diaspora and Ndigbo Lagos in collaboration with civil society organizations, the aim of the conference is to address the “seeming lack of political will towards a robust and focused interrogation of the civil war, its causes, and hard lessons.”

The January 13 conference is aptly named “Never Again.” It is going to be a tall order because remembrance entails an appreciation of history, that is, where it exists. Today, there is no official history of the Nigerian Civil War, not even from the “victors.” Last year, I attended the public presentation of the book, Elections in Nigeria: The Long Road to Democracyby Prof Shehu AbdullahiY.Shehu. Both retired generals, Olusegun Obasanjo, a civil war commander, and Yakubu Gowon were at the event. Obasanjo joked about how his boss, Gowon, set up a high-powered committee at the end of the civil war in 1970 to write the history of the war. By the time Gowon was overthrown by Murtala Muhammed and his cohorts, which incidentally included Obasanjo, on July 29, 1975, not a single line had been written. The audience erupted in laughter. That is the tragedy of Nigeria!

Nigeria can still redeem itself. It has been 50 years since we proclaimed, “No Victors, No Vanquished.” It is time to truly end the war; and it is not just the war against Biafra, as Soyinka noted, but that against the millions of duped and dispossessed citizens. That is the only way we can avert another war!

Onumah is author of We Are All Biafrans, A Participant-Observer’s Interventions in a Country Sleepwalking to Disaster.